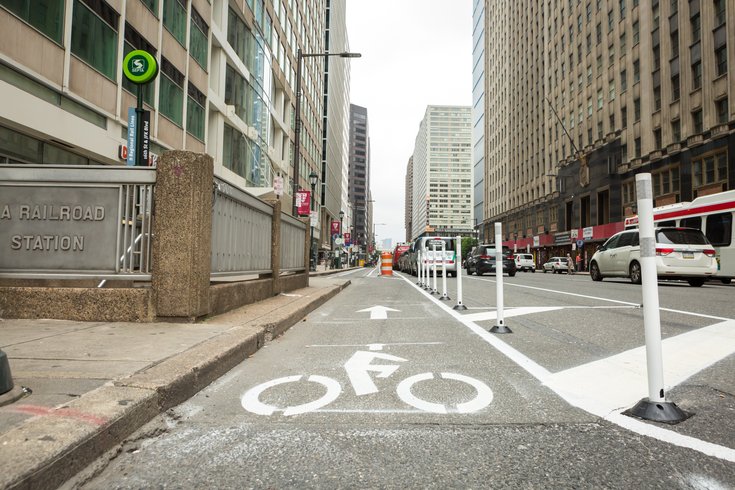 If area residents have their way, the pilot could become permanent in the next year.

After nine months, the project has reduced the number of vehicles driving above the speed limit by 12 percent, according to the report. It’s also increased the number of people riding bicycles along Market Street and JFK Boulevard by 21 percent. And according to the city’s Streets Department, the pilot had no measurable impact on driver travel times during peak morning and evening drive periods.

A survey by the Central Philadelphia Transportation Management Association found that 37 percent of survey respondents feel crossing the street is safer with the pilot improvements. Another 37 percent said they have the same level of comfort.

According to the report, support seems to be widespread: 76 percent of area residents surveyed are in favor of the idea of making the pilot program permanent.

OTIS said the pilot will continue until JFK Boulevard is repaved, likely sometime this year. After that, the department hopes to work with City Council President Darrell Clarke to pass legislation and make the lanes permanent:

“Once legislation moves forward, OTIS will work with Streets and PennDOT to design the permanent installation as part of the 2019 repaving project, partner with the Center City District on streetscape features, and pursue additional funding for signal upgrades and further enhancements for the corridors.”