A SEPTA bus at 2nd and Market streets in Old City.

SEPTA introduced two new map concepts on its website on Wednesday, and the transit authority wants feedback from you, the rider.

The concepts, which SEPTA bills as a “new way to look at transit,” are meant to better organize a muddied bus map with new emphasis on routes with more frequent stops.

The first map concept, the full frequency map, shows each of the authority’s bus, subway, and regional rail stops in the region.

If you want to see the whole map, click here. This is what part of it looks like: 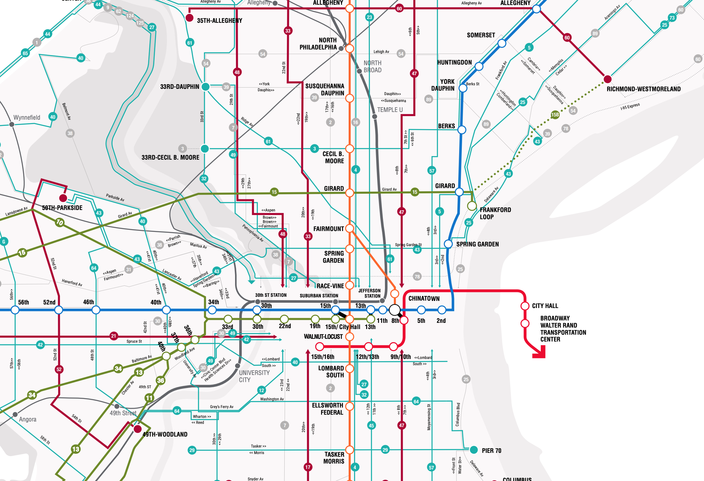 If you want to see the whole map, click here. This is what part of it looks like: 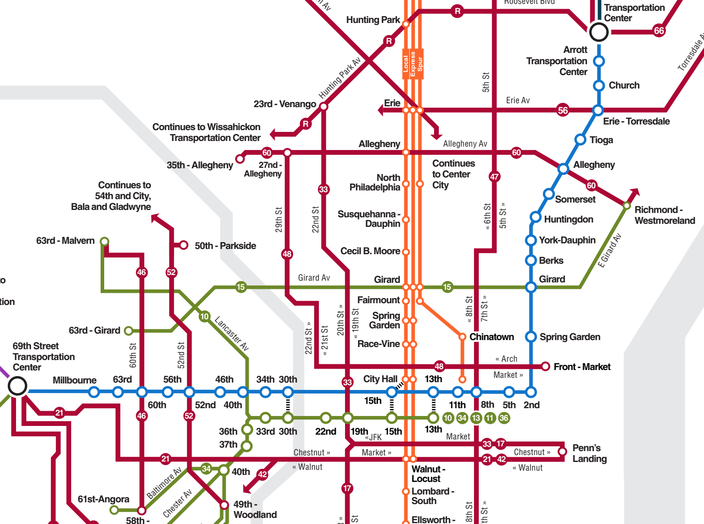 "We want customers to start thinking about this as a new way to look at SEPTA bus service," SEPTA General Manager Jeffrey D. Knueppel said in a release. "Instead of checking schedules, customers can just walk to the bus stop and ride, knowing a bus will be there within 15 minutes - similar to how they use the Market-Frankford and Broad Street Lines."

The transit authority has emphasized that these are just concepts, and could be subject to change if feedback from SEPTA riders warrants change.

So far, SEPTA seems to be getting a bit of feedback from riders:

This little blob is really confusing w/r/t Arch/Market/JFK/Chestnut. Maybe Market could be specifically called out as “there’s a lot here". pic.twitter.com/i4OtDw3Tnv

Are you finally pulling he plug on the least useful route of the entire system?

If you’re a frequent SEPTA rider, you can check out the full plan and fill out the survey at this link.