Philadelphia is one of the best cities in the U.S. for women working in tech 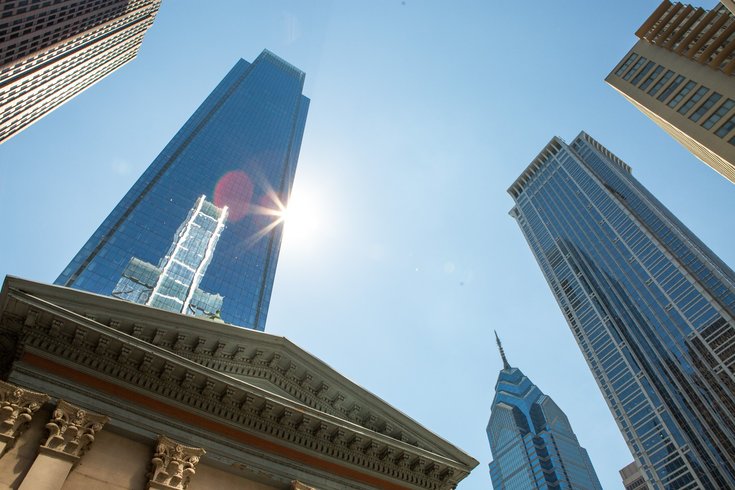 Comcast will break away from Hulu over the next five years, selling their 33% share in the streaming platform to Disney in a deal worth $27.5 billion. The photo above shows the Comcast Technology Center reflecting off the side of the Comcast Center in Center City Philadelphia.

Despite the ever-growing tech and start-up culture in Silicon Valley and San Francisco, a recent study found that the best cities in the U.S. for women working in tech were largely on the East Coast – with Philly nabbing the No. 3 spot.

Fintech firm SmartAsset, which offers tools to help people plan their mortgages, retirement, and other financial decisions, recently released a study ranking the nation's best cities for women working in tech, based on gender pay gap, income after housing, and the percentage of women working in the industry.

Philadelphia, third after Washington, D.C., (No. 1) and Baltimore (No. 2), had among the lowest gender pay gap of the 58 cities ranked, at 97 percent. The only cities outranking Philadelphia's gender pay gap were Houston (99 percent), Indianapolis (102 percent), and Long Beach, California (115 percent).

Philadelphia also earned high marks for its income after housing, which is an average of $52,895 for women in the tech sphere. Around 30.2 percent of tech jobs in Philly are filled by women, SmartAsset reported, which is one of the highest representations across all ranked cities.

Gender aside, Philadelphia also shows promising growth for the tech industry, with a reported 21 percent growth in tech employment over the last four years. Altogether, Philadelphia's index number is 78.45, compared to Baltimore's 85.47 and Washington, DC's 87.41. Those cities each outranked Philly when it came to income post housing, too, both topping $58,000.

"Women also make up about 30 percent of the tech workforce. That may not sound like a lot, but it beats out the vast majority of cities," SmartAsset writes about Philadelphia.

Nonetheless, Philly's No. 3 spot is an increase from last year, when the city ranked No. 4 in the report, and it's a significant jump from 2017, when it ranked only at No. 10.

Some of the lowest ranked cities in the report include Los Angeles, coming in at No. 55 with a 78 percent pay gap and expensive housing that leaves the post-housing income at $43,031, even as tech employment saw a 20 percent increase over the last four years.

Portland, as well, ranked low at No. 53 with a 75 percent pay gap and a $41,171 income after housing, despite tech jobs having grown 27 percent in the last four years.

Look through the full study here.