By Michael Tanenbaum
PhillyVoice Staff
NFL Hall of Fame
from 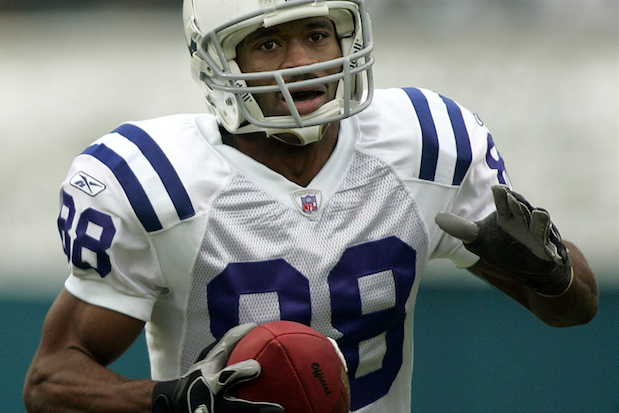 Indianapolis Colts receiver Marvin Harrison scores a touchdown against the Jacksonville Jaguars in an NFL football game in Jacksonville, Fla. Harrison's reluctance to take a pay cut could mark the end of his career in Indianapolis.

Desperate NFL fans hoping to get a sloppy glimpse of the 2016 season were disappointed Sunday night when the league's annual Hall of Fame Game was canceled on account of unsafe field conditions in Canton.

If you weren't paying attention to the rest of the weekend's Hall of Fame activities, you might have missed Philadelphia native and Indianapolis Colts all-time great Marvin Harrison give his induction speech Saturday night.

"There’s not another receiver in the game that I’d rather have on the other side of me than you Reggie." #PFHOF16https://t.co/iUe3DiM6v3

"We had the best fans — no offense Green Bay — but we had the best fans in the game. Let me explain why: Anytime you lose a game or drop a pass, they never booed me or did anything negative. They always said, 'Don't worry about it, Marvin, you'll get the next one' ... I'm from Philadelphia, the home of the Eagles. If you get the coin toss wrong in Philadelphia, they want to trade you the first thing on Monday morning, so I wasn't used to that in Indianapolis."

That's really not the worst thing he could have said. It's easy enough to brush aside, provided we can use Marvin's helmet.

Harrison's accomplishments were off the charts during his 13-year NFL career. His legacy in Philadelphia is complicated much more so by the still-unresolved pair of shootings here in 2008 and 2009, one of which involved a gun Harrison admittedly owned and another that occurred just a few blocks from his Playmakers bar in North Philadelphia.

Harrison was never interviewed as a suspect in the death of 33-year-old Dwight Dixon, who was targeted in both incidents, according to the Philadelphia Inquirer.

Most fans regard Harrison in a positive light. They recall his career with Peyton Manning exactly as Jason Fagone described it in his 2010 GQ examination of Harrison's public persona, upbringing and the circumstances surrounding the two shooting incidents:

Marvin Harrison is six feet tall and 185 pounds. He has a neatly trimmed mustache and the body-fat content of an Olympic swimmer. He became the dominant wide receiver of his era not by outleaping or outwrestling defenders but by exploiting an almost supernatural talent for getting open: for feints, fakes, jukes, dodges, bluffs, stutter steps, sudden bursts of sick speed.

Fagone's piece is a must-read to get a fuller picture of Harrison's life in Philadelphia and the remaining questions about his role in Dixon's death. As of last year, Philadelphia District Attorney Seth Williams said the case remains open but Harrison is not considered a suspect.