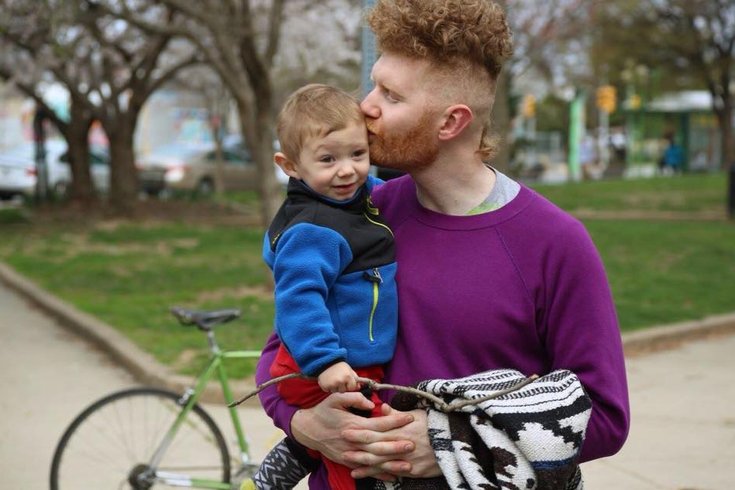 Brian James Dwyer and his son Waldo. Dwyer is producing a documentary on fighting his son's cancer with marijuana oil.

When Brian James Dwyer's son, Waldo, was diagnosed with a rare and aggressive form of eye cancer called bilaterial retinoblastoma, he and his wife Danielle were told chemotherapy was the only option to save his eyesight — and possibly his life.

But after beginning treatment, the drugs only made Waldo sicker, the parents said. He lost weight, stopped eating, and was constantly vomiting. He even stopped laughing. That's when they said they turned to cannabis oil to help, a decision that changed every thing.

Waldo continued his regimen of chemo, and now is three years tumor-free and healthy. He is also the star of a documentary about his journey that will be shown at the Tribeca Film Festival.

"Waldo with Weed," directed and written by Tommy Avallone will make its world premiere at the Tribeca Film Festival on Friday, May 3. The showing will be followed by a conversation moderated by comedian and actress Whoopi Goldberg that will include medical marijuana experts, political proponents of cannabis, and patients who have been treated with medical marijuana.

Dwyer told PhillyVoice in 2016 he decided to try the cannabis treatment for Waldo after months of research and talking to experts.

"I thought maybe it would help his nausea," said Dwyer, who co-founded Pizza Brain in Fishtown, He described placing one drop of oil on a grain of rice for Waldo to eat and "... within an hour he had stopped crying. Within four hours, he was crawling, even laughing ... He didn't puke once after we started giving it to him."

Crowdfunding for "Waldo on Weed" began in April 2016. What started as home movies Dwyer had recorded on his "Dad cam" evolved into a film that lobbies for marijuana decriminalization and legalization.

Tickets to see the documentary are available for purchase.