Rihmeek, 9, proved that he takes after his dad on Saturday 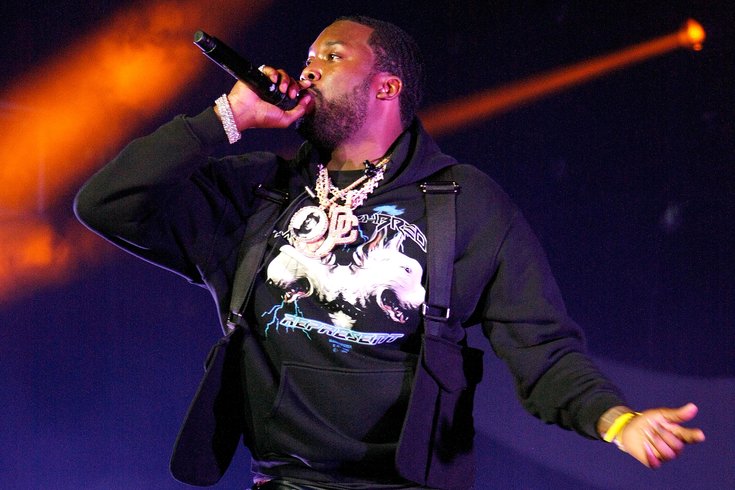 Meek Mill, seen above in a file photo taken during a performance in June 2019, brought his 9-year-old son on stage at NOTO in Philly after a show on Saturday, July 27, 2019, to freestyle.

Meek Mill brought his 9-year-old son on stage with him this past weekend during a Philly show and he did not disappoint.

Rihmeek, who Meek calls "Papi," got on stage at NOTO in Chinatown North on Saturday after his dad played a show. TMZ reported that Meek had stuck around for the after party at NOTO, and that's when he invited his son to get on stage.

The 9-year-old rapped a couple of verses for a packed house.

It's hard to hear what he's saying in all the videos we could find, but TMZ said he rapped this: "My name is Papi and I never understood, (something something) face, you just got hit."

The father-son appearance marked the end of a pretty important week for Meek Mill. The Philly rapper announced he's launching a new record label with Jay-Z's Roc Nation, and then the same day his controversial, decade-old conviction in a drug and gun case was overturned in Pennsylvania appeals court.