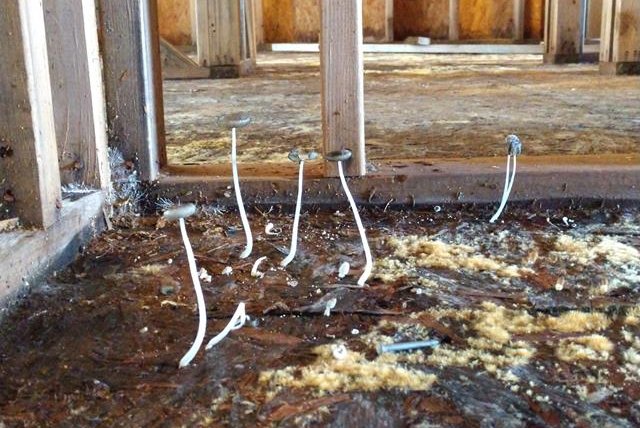 Mold growing inside the construction apartment complex at 5th and Race streets.

Inside many of Philadelphia’s multifamily communities, residents are unwittingly exposed to a hidden danger: mold. Mold is a serious public health hazard that requires proper remediation to address — one not often taken seriously by building owners and contractors who use non-union labor.

On December 27, 2018, the Philadelphia Building Trades held an event at The View at Olde City Apartments, which is still under construction, to draw attention to this health crisis. The event highlighted practices by the building’s developer and general contractor, whom are using “soda blasting” techniques to remove visible traces of mold and cover it with paint. This approach leaves the building superficially acceptable, but only temporarily obscures the problems that remain.

The event featured remarks by John J. Dougherty, Philadelphia Building Trades Business Manager, and a humorous rendition of the song “Baby, It’s Cold Outside,” entitled “ Baby, There’s Mold Inside.” While the Building Trades have relied on approaches such as picketing to raise awareness of the need for union labor, the December 27 event is the beginning of a new approach that will see the building trades raise awareness of vital issues in innovative ways.

"What this developer and general contractor are doing – simply soda blasting surface mold, then slapping a fresh coat of paint over it in an attempt to hide it - is not only a deceptive construction short-cut, it's downright dangerous and could very well subject unwitting tenants to all sorts of mold-related health problems. The mold that's embedded in the floors, walls and ceilings will never go away and mold in wood actually weakens its structural integrity. If the responsible city agencies don't know about this issue, they will now and they'd better address it before this place ever opens its doors,” said John J. Dougherty, Philadelphia Building Trades Business Manager. 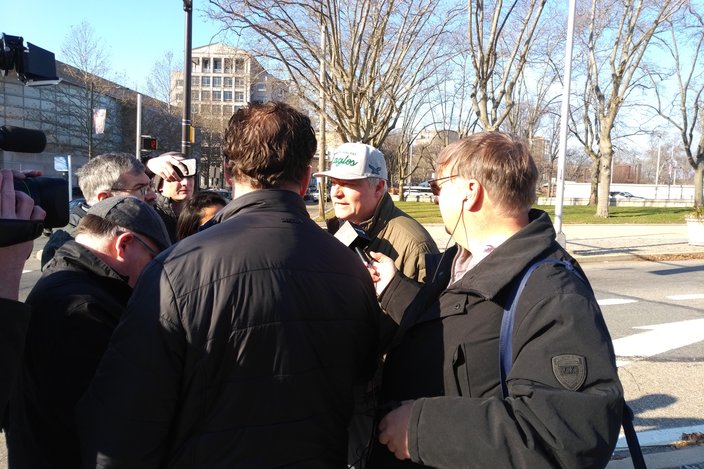 The Centers for Disease Control reports that "excessive exposure to mold-contaminated materials can cause adverse health effects in susceptible persons regardless of the type of mold or the extent of contamination. When mold spores are present in abnormally high quantities, they can present especially hazardous health risks to humans after prolonged exposure, including allergic reactions or poisoning by mycotoxins or causing fungal infections." Mold exposure can lead to a host of other health issues, including respiratory infections, exacerbation of allergies and asthma, neurological problems and, in some cases, even death.


It’s no surprise that the Philadelphia Building Trades are taking the lead on highlighting public awareness of this issue. The building trades have a long history of advocating not only for safe work sites, but also on behalf of the residents and workers whom inhabit those buildings. While the Philadelphia Building Trades intend to continue holding events outside buildings that require attention, there is also a sustained public education initiative, and lobbying effort with city government, on a daily basis.

Of course, the simplest for developers is to insist on using union labor. The high standards on each project built by members of the Philadelphia Building Trades guarantee that issues such as mold remediation, when found, are handled the correct way to the long-term benefit of residents and the community.

I gotta get away
(Baby, there's mold inside)

This building has been
(Been hoping you don't drop in)

So very damp...
(Go wash your hands, before they cramp)

My mother's already worried
(Oh my God, the walls are furry)

So really I'd better scurry
(Get out now, please do hurry!)

The neighbors might think
(Baby, it's bad in there)

Say, what the hell stinks?
(No air to be had in there)

I wish I knew how
(Your eyeballs are bleeding now)

To kill this smell
(Just hold your nose, and run like hell)

I really can't stay
(Baby, just get out!)