Montgomery County swimmer is 2015 SportsKid of the Year

Reece Whitley, a Penn Charter sophomore, is the second straight Philadelphia-area athlete to win the honor 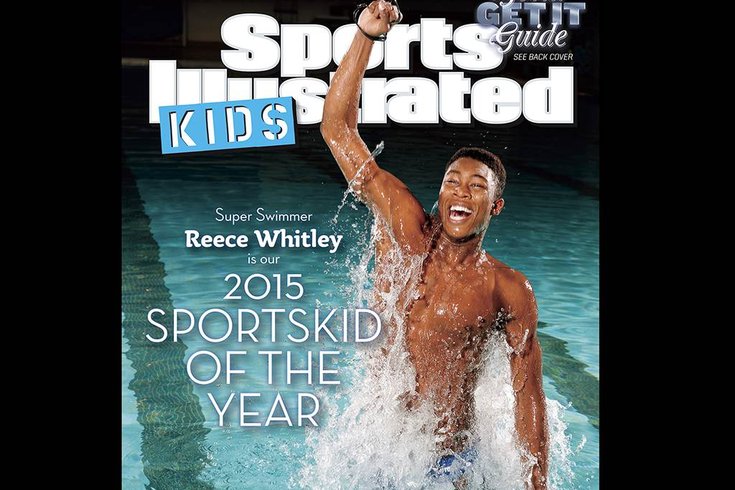 A Montgomery County swimmer has been named the 2015 SportsKid of the Year by Sports Illustrated Kids magazine.

Reece Whitley, 15, of Lafayette Hill, who was selected from among thousands of entries, is the cover story of the December issue of Sports Illustrated Kids, which hits newsstands on Tuesday and is available online.

“I’ve had so much fun watching him grow, continue to love the sport, and advocate for the sport,” said Crystal Keelan, head coach at Penn Charter Aquatic Club, in a statement. “As he’s maturing, he’s wanting to spread the word about swimming and making connections with people of all ages.”

A sophomore at William Penn Charter School in Philadelphia, Reece has tried to be a role model for young swimmers in his community, mentoring younger kids during practice and offering advice to help them stay focused.

“Making an impact on a young swimmer at a meet is probably more important than the times that you swim," Reece said. "All these records are meant to be broken, but if you change a kid’s life or if you put a smile on a kid’s face because you took a picture with them, that never dies.”

Reece appeared Monday morning on ABC’s Good Morning America to talk about the honor, and the Office of the First Lady Michelle Obama, congratulated Reece via Twitter: “Congrats @_reecewhitley on becoming @SIKids #SportsKid of the Year. We are so proud of you! SIKIDS.com/skoty”

“Reece embodies all the qualities of what it means to be SportsKid of the Year," said Mark Bechtel, managing editor of Sports Illustrated Kids, in a statement. "Of course, he’s a talented and committed athlete with a great attitude, but he’s also kind, and generous, and he genuinely cares about helping others and bettering the world around him.”

The annual SportsKid of the Year award was introduced in 2007 to recognize young athletes who excel on the field, in the classroom and in service to their communities.

Reece is the second consecutive SportsKid of the Year from the Philadelphia area.

Mo'ne Davis of Philadelphia received the honor last year after becoming only the fourth girl in history to play in the Little League World Series, the first girl in 75 years to win a game in the annual tournament and the first girl to pitch a shutout in the World Series. She is also an honor student.