Mourning death by suicide: How you can provide support for the bereaved

Know someone coping with such loss? Consider the following 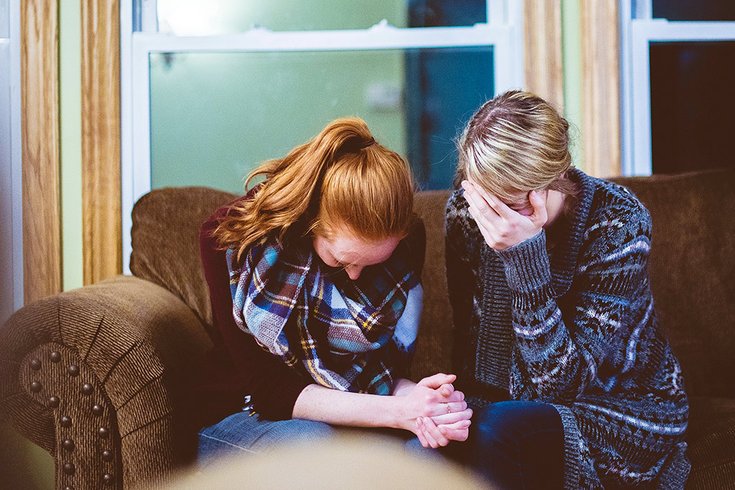 Recent headlines of celebrities and their loved ones who have died by suicide – Kate Spade, Anthony Bourdain, and Tina Turner’s son Craig Turner – have made this leading cause of death a topic of mainstream conversations. Globally, suicide accounts for more deaths that homicide and war combined. Annually, an estimated 48 million people experience grief to suicide loss worldwide. As rates in the United States increase, it is likely that many of us have been or will be directly or indirectly affected.

What about those left behind to grieve?

As a clinical psychologist, I’ve treated patients who have endured the devastation of suicide loss, all of whom describe similar themes: moments of emotional volatility, shifting between feelings of numbness, anger, abandonment, rejection, and sometimes relief, if the deceased suffered from addiction and other forms of mental illness. They also recount waves of excruciating grief, unrelenting guilt and disorienting confusion, as they struggle to make sense of an unexplained and, often, unexpected loss.

Those who are grieving the loss of a loved one by suicide tend to ruminate. This can evolve into psychological torture as survivors ask themselves over and over again the very questions any of us would ask: What could I could have done differently? What signs did I miss? How could I have not known the depths of their despair? How could they have done this to me?

The lives of the bereaved of suicide are forever changed. Their life assumptions have been shattered, and they may question whether they themselves are falling apart and experience self-alienation. They fear being forever afflicted by an all-consuming sorrow that they believe few others will ever be able to comprehend. The loneliness is simply indescribable and paralyzing. Hence, those suffering can feel unreachable.

On a practical level, they are often subjected to other stressors, such as financial strain. Many insurance policies have restrictions on coverage for death by suicide. Accordingly, typical grief reactions are amplified.

If you know someone coping with loss by suicide, consider the following:

• Grief differs. Unlike death by other causes, loss by suicide carries considerable stigma. The burden of pondering unanswered questions, and not uncommonly, traumatic distress of witnessing the death or finding the body of the deceased - contributes to self-silencing, shame and blame. Unanswered questions lead to confusion, overestimation of responsibility and social withdrawal.

• Survivors themselves are often at elevated risk for psychiatric distress – anxiety, depression, trauma and complicated grief – and declines in physical health that may require professional attention. In addition to the heightened risk from simply being exposed to suicide, the bereaved may even consider death by suicide themselves as they yearn for reunification and a desire to escape suffering, confronting pre-existing family strains and psychiatric distress. In addition, they may be at risk because of genetic factors.

• Language matters. Given the magnitude of shame and stigma surrounding suicide and its impact on the process of grief, refer to the method of death as “death by suicide” instead of stating the deceased “committed” suicide. Moreover, given that suicide is due to a confluence of complex factors – psychological, behavioral, social, policy, and even biological and genetic – it is a more accurate description.

• The details are none of your business. Refrain from asking pointed questions about the method of death, as it may result in greater shame and reluctance to connect with others. I’ve had patients relay instances in which well-meaning folks, through their comments, evoked painful memories and flashbacks. How we discuss the death helps frames the perspective by which the bereaved construct their new reality due to loss.

• Before offering your loved one support, consider their feelings of bereavement and emotional displacement. Hence, a few things not to say might include: “God won’t give you more than you can bear,” “Are you still dealing with that?” or “I know what you’re going through” (unless you have experienced suicide loss).

• Be there. You do not have to say anything other than “I’m sorry for your loss. I can’t imagine what you might be experiencing, but I’m here for you.” But more importantly, it is the non-anxious, reassuring and consistent presence that communicates loudest and most clearly. Patiently listening to your loved one discuss their grief - often repetitively - and without interruptions can be therapeutic. Refer to the deceased by name. Suggesting resources specific to suicide loss are also useful.

Your loved one needs you in ways you may never imagine. While your intent is not to be overbearing but to follow their lead on how best to support them, being aware of the uniqueness of their experiences, coupled with your unbridled love and patience, will help prepare you to serve as a potent healing balm.

Supporting someone coping with suicide loss provides us with an opportunity to become catalysts for compassion and incubators for restoration. Remember, there is no expiration date on grief and, if you make a faux pas, it’s okay. Meaningful support for the bereaved requires patience, perseverance and courageous collaboration.

For support and resources, contact the National Suicide Prevention Lifeline at 1-800-273-TALK (8255), or text 741-741 for the Crisis Text Line. The International Association for Suicide Prevention website, www.iasp.info, also contains many resources.