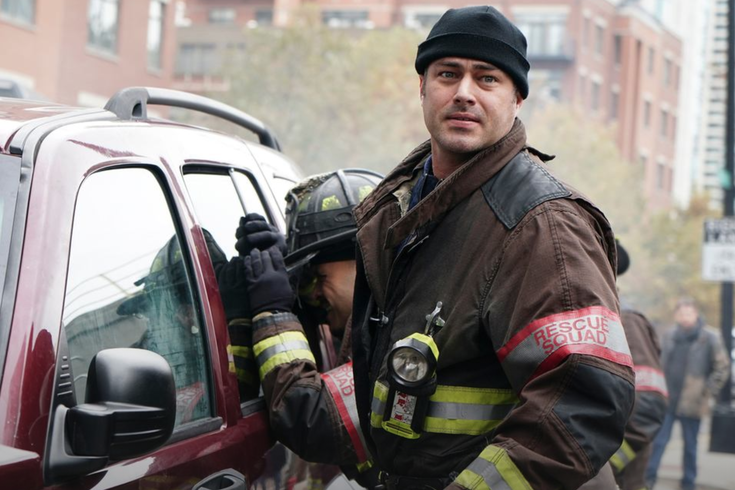 Taylor Kinney, right, acting in an episode of Chicago Fire.

Taylor Kinney, the actor and Eastern Pennsylvania native who stars in NBC’s long-running “Chicago Fire,” went out of his way earlier this week to help a Lancaster man out of a Christmas Eve jam.

Cary Ahl’s sedan had blown a tire, and the remaining wheel was shredded. Kinney, likely in town to visit his family in Neffsville, pulled over to see if Ahl was okay, according to Lancaster Online.

According to Chris Kurtz, who was driving by when he realized a TV star was helping a man on the side of the road, Kinney’s arrival was pretty dramatic — complete with removing a cowboy hat as he offered a hand.

If Chicago Fire doesn’t ring a bell for you, Kinney has also appeared in “Zero Dark Thirty” and dated — and was even engaged to — Lady Gaga.

Kurtz said Kinney hauled away Ahl’s destroyed tire in Kinney's pickup truck, and Kurtz drove Ahl to his home, about two miles up the road, according to Lancaster Online.

Kinney then rode off “into the sunset,” Kurtz said, “just like Santa Claus.”

Apparently, even when they’re just helping with a busted tire, celebrities do everything in slow motion.