Villanova advances to Sweet 16 with win over Ohio State 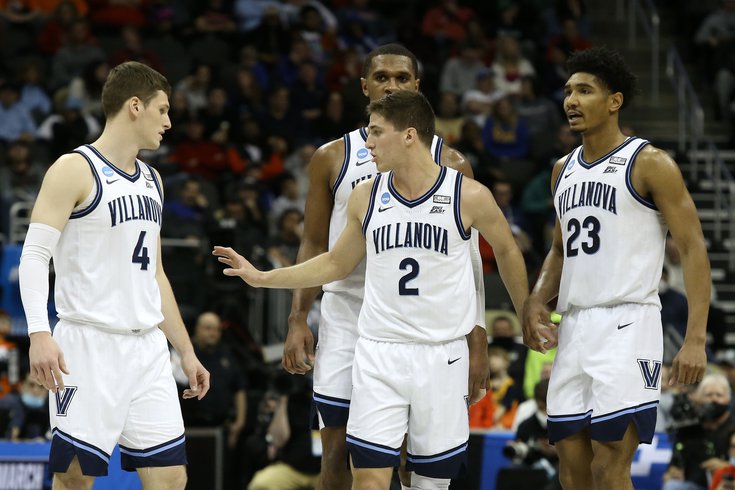 Collin Gillespie with his Villanova teammates in their matchup with Ohio State.

Villanova's quest for the school's third national championship under coach Jay Wright continues. Following a 71-61 win over seventh-seeded Ohio State, the second-seeded Villanova squad is on their way to the Sweet 16. This marks the eighth time the Wildcats have advanced to the Sweet 16 under Wright.

After Villanova's convincing 11-point lead to the end the first half, the Buckeyes turned things up a notch in the second half and made a spirited rally. Buckeyes guard Malaki Branham went off, totaling 23 points, but Villanova ultimately rebounded and thwarted Ohio State's comeback.

Archbishop Wood graduate Collin Gillespie continues to be on fire, riding high after his countless big shots in the Big East Tournament. Gillespie finished with 20 points in the victory:

Villanova looking to hold off the Buckeyes to reach the #Sweet16@NovaMBB #MarchMadness pic.twitter.com/VU09HysVnr

Jermaine Samuels deserves props to for putting up 17 and eight with stellar defense too.

One of the more notable aspects of this Villanova team is their free-throw shooting. As a guard-heavy team, Wright's Wildcats are usually going to be a bit better than their opponents from the charity stripe, but this Nova team is ridiculous. They're currently shooting 82.6 percent from the line, which is the all-time NCAA record at the moment. If the Wildcats hold that mark for the remainder of the tournament, they'll break the record of 82.2 percent set by the 1984 Harvard Crimson.

Villanova will square off with 11th-seeded Michigan in the Sweet 16 on Thursday in San Antonio. The tipoff time is TBD.