Nerlens Noel gets the Shaqtin’ A Fool treatment

On Monday night against the Cleveland Cavaliers, Nerlens Noel did what he does best on a basketball court. Then he was forced to do what he does worst.

As soon as Noel lost control of the ball in the open floor and then tossed it off the shot clock while falling out of bounds, Twitter was all over it. And when Twitter gets all over at something, the folks at TNT aren’t going to miss it. Nerlens was destined to appear on Shaqtin’ A Fool. Here is the video:

One of the nice things about “Shaqtin’” is that there is always plenty of company while the “Inside The NBA” crew is laughing at you. Right after the play happened, this looks like the moment when Noel realized Shaq, Ernie, Chuck, and Kenny would be chopping it up (although Barkley wasn't in studio last night): 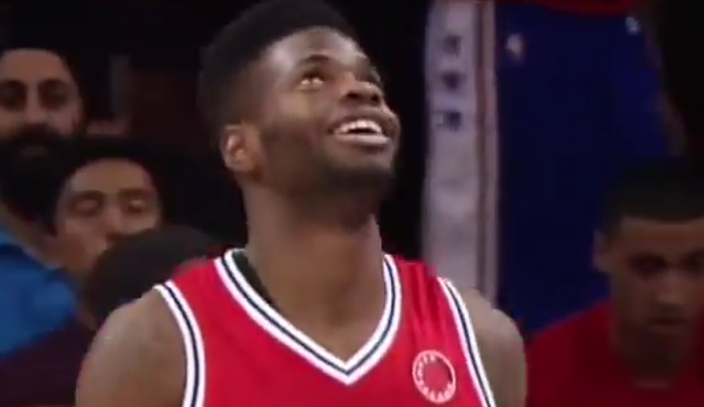