Michael Packard had a whale of a day, escaping the jaws of a humpback whale 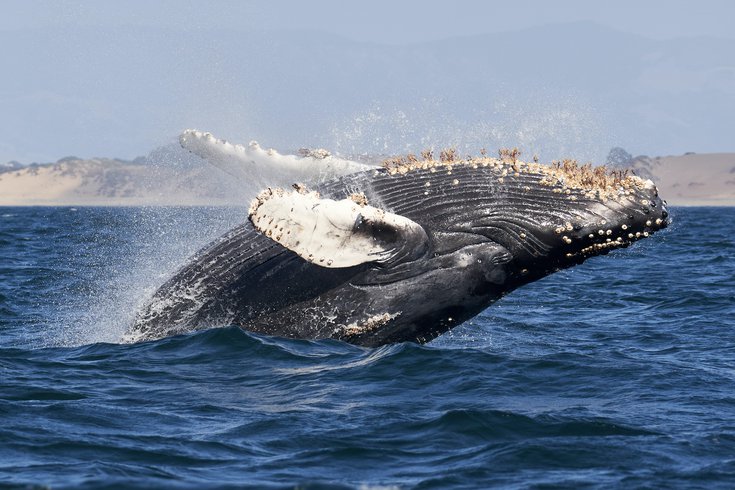 A New England Lobster diver was swallowed whole during a dive Friday before making a close escape, suffering no major injuries.

In an incredibly rare encounter, a New England lobster diver was swallowed by a massive humpback whale Friday morning.

Packard said that a little before 8 a.m. Friday, he entered the water for his second dive of the day off Herring Cove Beach in Provincetown, Massachusetts.

He dove deep into the water to pluck lobsters from the bottom of the ocean, as he'd done countless times before. Only this time, Packard was swallowed whole by a humpback whale.

“All of a sudden, I felt this huge shove and the next thing I knew it was completely black,” Packard told the Times.

He said he first thought he was inside a great white shark, but when he didn't feel any teeth, he knew he'd been swallowed by a whale.

“I was completely inside; it was completely black,” Packard said. “I thought to myself, ‘there’s no way I’m getting out of here. I’m done, I’m dead.’ All I could think of was my boys — they’re 12 and 15 years old.”

He struggled inside the whale and said he could feel it shaking its head, and after about 30 to 40 seconds, he was released.

"I was just laying on the surface floating and saw his tail and he went back down, and I was like, 'Oh my god, I got out of that, I survived,'" he said to NBC10.

Humpback whales can grow past 50 feet long and weigh more than 40 tons, according to Oceana. They are typically peaceful creatures and don't tend to be aggressive towards humans.

This was likely an accidental encounter and not an intentional attack by the whale,  saidJooke Robbins, director of Humpback Whale Studies at the Center for Coastal Studies in Provincetown.

The esophagus on non toothed whales is too small to swallow humans, but they could hold something in their mouth before spitting it out, Robbins said.