By Virginia Streva and Allie Miller 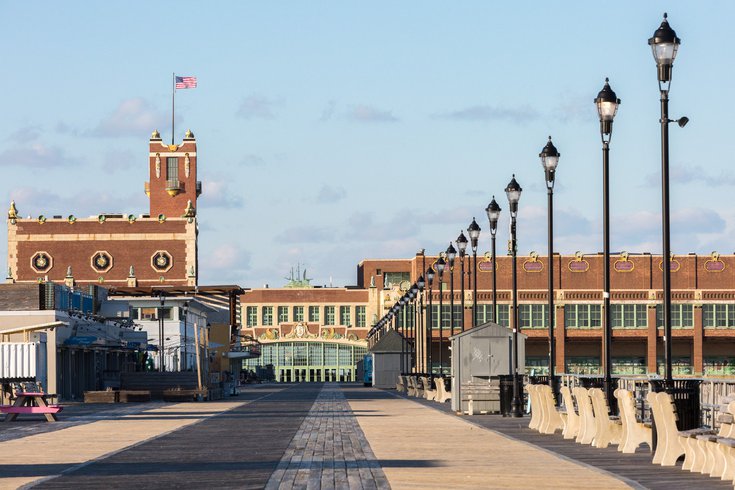 Asbury Park had tried to permit indoor dining at restaurants and bars in defiance of Gov. Phil Murphy's executive order, but the state sued to block the move and won.

The state of New Jersey sued Asbury Park to stop the Jersey Shore town from moving ahead with a plan to allow indoor dining before it is permitted in the state's reopening plan, and a judge sided with the state.

The resolution, approved by the Asbury Park City Council, would have allowed restaurants and bars to seat diners inside their businesses at up to 25% of the building's capacity or 50 people — whichever is less. The new measure was set to begin on Monday, the same day all of New Jersey will allow outdoor-only service to resume at restaurants as it enters Stage 2 of its reopening plan.

"We have worked with the governing body of Asbury Park to try to amicably resolve the issue of their resolution regarding indoor dining," Murphy said during Friday's daily coronavirus briefing. "Unfortunately, they have not done so. We have one set of rules and they are based on one principal, and that is ensuring public health."

On Tuesday, Murphy issued an executive order with similar limits on indoor gatherings  — but indoor dining was specifically still not allowed. The governor said the intent of increasing the indoor gatherings limit was to allow for more religious services to resume.

Asbury Park's Deputy Mayor Amy Quinn announced the council's decision to allow limited indoor dining on Facebook. "Unless the Governor shuts it down, our businesses have a lot to do before Monday, June 15," she said.

Murphy lifted New Jersey's stay-at-home order Tuesday and provided guidelines to resume outdoor dining at restaurants and in-person, nonessential retail business. As of Monday, all outdoor recreational and entertainment businesses that had been closed due to the coronavirus outbreak can reopen – except for amusement parks, water parks, and arcades.

When New Jersey advances to Stage 3 most activities and businesses will be allowed to operate with significant safety measures still in place. Critical in-office work and bars will be permitted to reopen with limited capacities. Some entertainment options also will resume.

Murphy said that the decision to lift the stay-at-home order and ease restrictions on gatherings was made due to the continued improvement of public health indicators. The governor also reiterated that outdoor activities are safer than indoor activities.