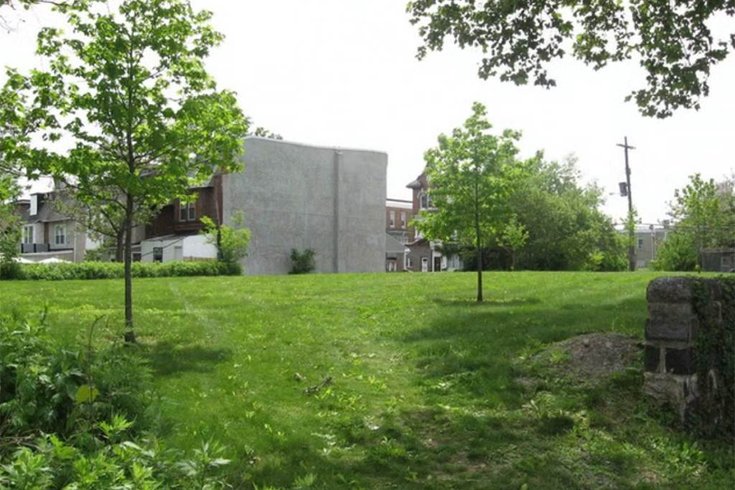 This lot in the Tioga section of North Philadelphia received a makeover by the Pennsylvania Horticultural Society's LandCare program.

Inmates leaving prison and returning to life in Philadelphia could find opportunities to become productive members of society thanks to a new partnership between the city and the Pennsylvania Horticultural Society, aimed at helping to clean vacant lots throughout the city.

During a press conference Wednesday to announce the program, City Council President Darrell Clarke said the pilot program will hire new workers to clean and green vacant lots throughout Philadelphia.

"At the end of the day, these are our sons and daughters," said Clarke, of supporting ex-offenders.

The beginnings of this program date back to September 2014, when Clarke proposed a transfer of $500,000 from prisons to the Office of Housing and Community Development to create the initiative.

The ordinance was unanimously approved by City Council on Nov. 20, 2014, and took effect December 2014, without former Mayor Michael A. Nutter’s signature.

According a release detailing the program, the Philadelphia LandCare Reentry Pilot Initiative trainees "will gain experience in green jobs and landscaping."

Matt Rader, president of the Pennsylvania Horticultural Society, said the program will help clean the city's more than 8,000 vacant lots and train workers reentering society by providing workshops and training.

"This work will have an enormous impact on Philadelphia neighborhoods," Rader said.

The Pennsylvania Horticultural Society will host sessions about the program to detail business tax incentives, federal bonding, and other benefits available to participating employers.

Additional support will include workshops on technical skills and entrepreneurship in order to prepare trainees to work or own businesses in landscaping, construction, and other fields.

John Haye, of Haye Landscaping, one of the contracting groups hiring the former inmates, said that the program will allow contractors to help turn around neighborhoods by fixing up blighted lots, which he said would help drive out crime.

"We are going into communities and we are making it better," said Haye. "There's no drug selling and, we are giving people ownership of their communities."

If the pilot is deemed successful, a release from City Council said that the program will expand to include more trainees and employers.