New Spider-Man trailer drops and people are losing their webbing

Jake Gyllenhaal shows up as the villain Mysterio 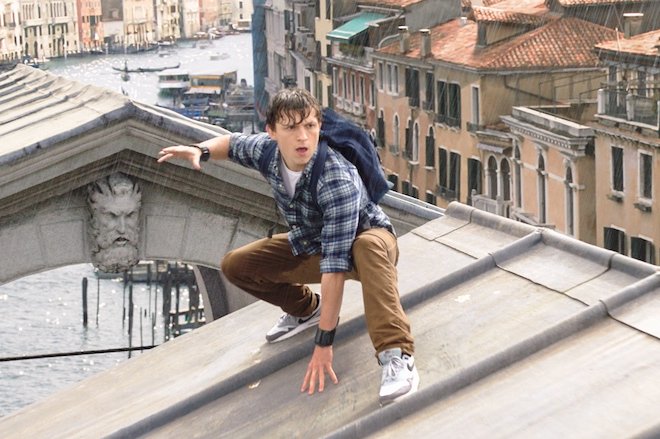 Tom Holland as Peter Parker in "Spider-Man: Far From Home."

Last time we saw Spider-Man, he was turning into a cloud of dust in the arms of Iron Man after Thanos succeeded in his plans to prune an overcrowded universe in "Avengers: Infinity War."

Yes that was a spoiler for those who haven't seen the movie. Yes, we don't care.

Because that's apparently the attitude of Sony Pictures and the Marvel movie studio as well, given that they just dropped a trailer for a new Spider Man movie. "Spider-Man: Far From Home" features a very much alive Peter Parker and a back-from-the-dusty-dead Nick Fury, who leads the webhead on a James Bond like adventure in Europe.

Is this a prequel or a sequel to the Infinity War?

Fan's have been speculating on the villains and the character development in the new movie, as if back from the dead wasn't character development enough, and actual tears of joys were shed when it was revealed that not only does Aunt May know that Peter is Spider-Man, she actually approves.

And when Jake Gyllenhaal shows up as the villain Mysterio, apparently that's when things got dialed to 11.

The follow up to "Spider-Man: Homecoming," which pulled in $880 million worldwide, is scheduled to open July 5, 2019.