Should the Eagles have interest in Dolphins CB Xavien Howard? 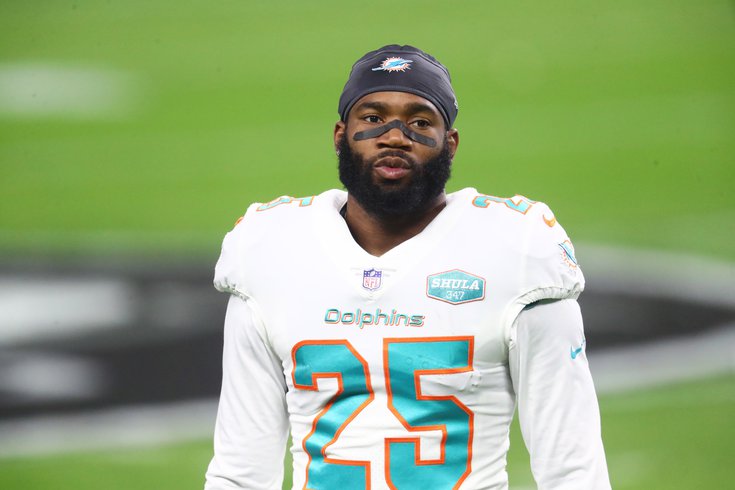 Miami Dolphins cornerback Xavien Howard is awesome. In 2020, he was a first-team All-Pro after leading the NFL both in interceptions (10) and pass breakups (20). When quarterbacks targeted Howard last season, they had a combined passer rating of 48.3.

Howard has racked up those impressive takeaway numbers while regularly trailing opposing offenses' best receivers each week. On Tuesday night, he released a statement via Instagram explaining that he wants to be traded, as he is unhappy with his contract.

When a player of Howard's caliber seemingly becomes available at an important position, particularly one of need for the Eagles, it's at least worth the discussion.

MORE: Mailbag: Why are the Eagles employing the 'old guy strategy,' again, in a rebuilding year?

Yes, the Eagles just added Steven Nelson this week, and he'll pair with Darius Slay to form a competent starting duo. So how does cornerback remain a need? Nelson is only in Philly on a one-year contract, and judging by the $2.5 million he received on the open market, teams around the league clearly don't think highly of him. Meanwhile, Slay will turn 31 years old in January, and Howard had more INTs in 2020 (again, 10 of them) than Slay has over the last three seasons (6).

Any team acquiring Howard would have him on their payroll at the following cap numbers the next four seasons (plus a little extra in game and roster bonuses):

Those are appealing numbers for a top 5 NFL cornerback. Of course, trading for Howard would also likely require negotiating a new contract with him.

But then there's the cost. During the 2019, the Jacksonville Jaguars traded CB Jalen Ramsey to the Los Angeles Rams for two first-round picks. Because Howard is two years older than Ramsey was at the time of Ramsey's trade, the Dolphins would be unlikely to land that kind of bounty. But let's just say for the sake of debate the cost is one first-round pick.

The Eagles have a stockpile of extremely valuable picks in the 2022 NFL Draft, and certainly, if they really wanted Howard, they could figure out a way to get him. They shouldn't. While cornerback is an important position, it is not anywhere near as important as quarterback. #Analysis.

The Eagles will get a chance to evaluate Jalen Hurts this season, but until he proves beyond a doubt that he is "the guy," their first-round picks in 2022 should be absolutely untouchable, unless they are being used for a long-term starting quarterback.