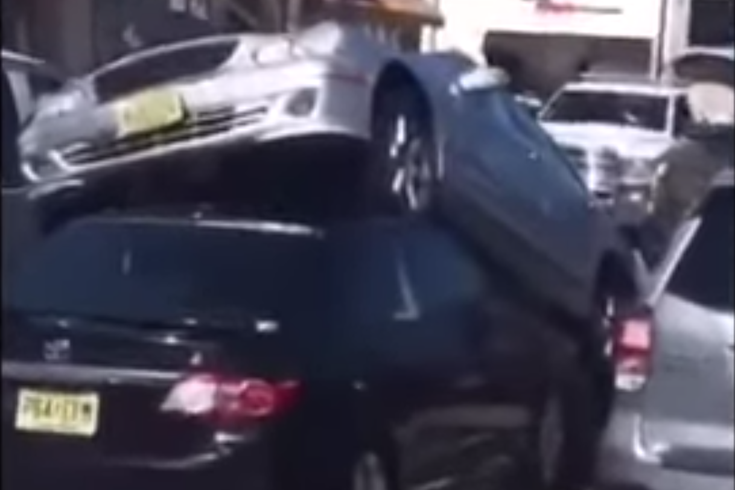 A mishap at the Bergen Town Center in New Jersey led to one car resting on top of another car.

In a startling display of New Jersey residents’ driving skills, a woman trying to navigate a mall parking lot wound up on top of another car.

Twitter user Max Zavian captured the scene at the Bergen Town Center on Tuesday, and his video of a silver sedan resting atop a black Toyota — along with his witty caption calling parking in New Jersey “a sport” — quickly went viral:

Parking in NJ is dead ass a sport pic.twitter.com/z9E1SMmGMu

Here’s what happened, according to a spokesperson for the Maywood Police Department: a driver accidentally hit the gas while reaching for the brakes, drove through some bushes, jumped the curb, and landed on the parked Toyota, per NJ.com.

According to Zavian, the Toyota owner emerged from the mall less than a half-hour after the accident and did not take it well:

I did, she came out from shopping about 25 min after the accident clueless to what happened, immediately started crying hysterically and called for a ride home. I didn’t know her, though

No serious injuries were reported, according to NJ.com. We can’t say the same thing about serious laughs.