She wasn't looking to rekindle romance, rather inform him she was taking him back to court 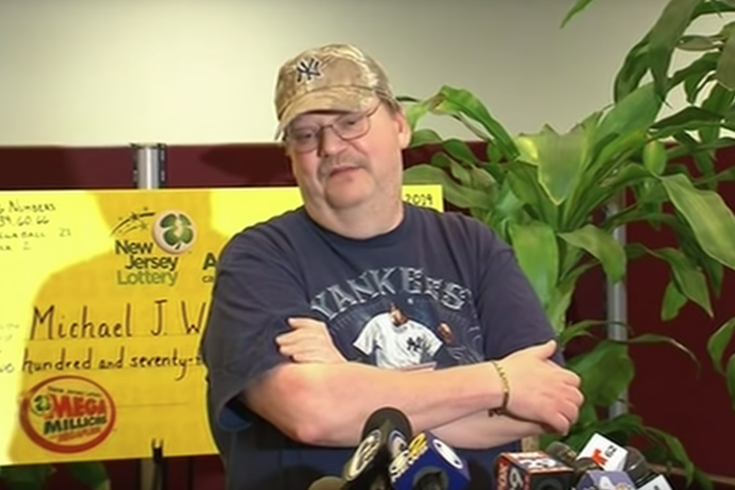 Mike Weirsky, thinking about going to court with his ex-wife.

By the following Thursday, Weirsky said at a press conference this week, his ex-wife had reached out to inform him she was taking him back to court.

Weirsky, 54, bought the winning tickets at a QuickChek in Phillipsburg, near the New Jersey-Pennsylvania border and just 23 miles from Allentown, according to NBC10.

Weirsky initially forgot the tickets at the store, he said, but luckily another QuickChek customer left them with the store’s owner for Weirsky to pick up upon his return.

“I’m looking for the guy that handed them in,” Weirsky said Thursday. “I want to thank him.”

After getting divorced in October, Weirsky said his ex-wife called him up this week with the news of returning to court. It wasn’t the only unexpected call he received: After months of unsuccessfully looking for a job — he’d been a stay-at-home dad for years before his divorce — Weirsky said he got his first interview request on Wednesday.

He turned the interview down.

With the lottery money, Weirsky says he’s going to buy a new pickup — a Ford Raptor, something he said he’s wanted for along time — then remodel his mother’s house. And he wants to take a family vacation.

“I couldn’t believe I was the winner of more than $2 after playing after all these years,” Weirsky told the AP.