With a boy dead, and no closure, neighbors worry and wonder

Though not surprised by the hung jury, residents of Haddon Township remain unsettled 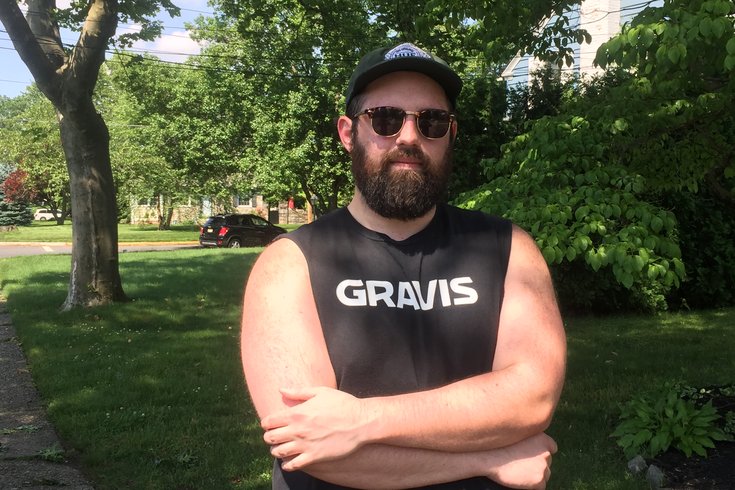 'At the end of the day, a three-year-old is dead,' said lifelong Haddon Township resident Taylor Kredatus. 'We just want to know what happened.'

Residents of South Jersey's Haddon Township are left to wonder about a dead boy and his killer after a divided jury failed Wednesday to provide any closure in the Brendan Creato case.

"At the end of the day, there is a three-year-old dead," said lifelong resident Taylor Kredatus, who attended high school with the accused killer, David "DJ" Creato, Brendan's father.

The Westmont neighborhood has lived with uncertainty since Oct. 13, 2015, when the boy's body was found around 9 a.m. in Cooper River Park, a bit more than half a mile from his home. Creato had reported the boy missing three hours earlier, touching off a street-to street search in the Haddon Township community.

A divided jury on Wednesday told a judge they could not reach agreement on the two charges faced by Creato: first-degree murder and second-degree child endangerment.

A judge has ordered the prosecution and the defense to return to court July 5 to consider how to proceed with a retrial. Creato, a lifelong resident of the township, remains jailed, but his lawyer has vowed to try and have his bail reduced from the $750,000 where it is now set.

Meanwhile, the community forges ahead without any resolution – and a lot of questions.

"Everyone in town is worried," said Kredatus, who does not know Creato or his family personally. "We still want to know exactly what happened.

That lack of certainty around the facts of the case seems behind the failure of the jury to reach agreement. During deliberations, jurors reviewed a video of the interview with Creato conducted at township police headquarters four times.

"This was not a surprise at all. I was expecting this to happen," Kredatus said. "There was something they were looking for.

"This is unsettling," he added. "Something wasn't adding up."

"The frustrating part was there was no physical evidence. Hopefully, another trial will answer what happened." – Jenna Gillern, Haddon Township neighbor

Given Creato's perception among townspeople – his apartment was decorated with drug posters and bands associated with drug culture – Kredatus said most of the people he talked with had expected the toddler's death would somehow be related to drugs.

When the toxicology screen on Brendan came back clean a few weeks after the boy's body was found, Kredatus feels investigators and many residents "jumped the gun" by seeing Creato as the only suspect.

"I wanted actual facts," said Kredatus, but in the end tangible evidence just wasn't found, he said, leaving him unsurprised by the jury's inability to decide on Creato's guilt or innocence.

Jenna Gillern, the mother of a child in a township elementary school, found that Tuesday morning in October 2015 both "scary" and "stressful."

And the three-month delay between the death and the grand jury indictment left her feeling she needed to always be more "cautious." 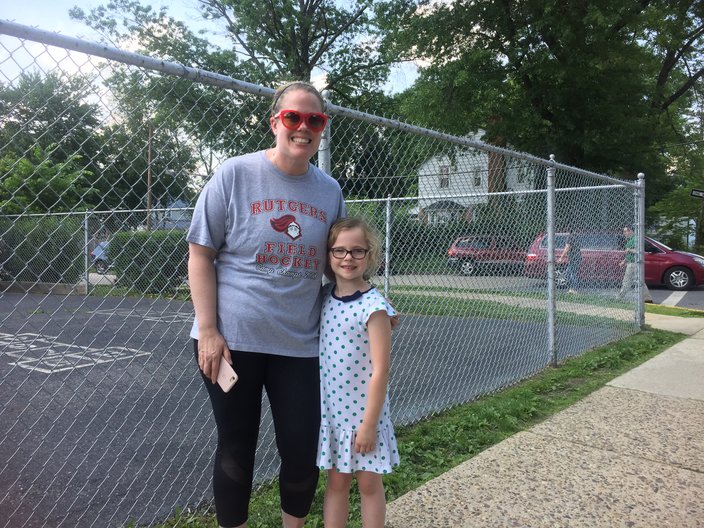 “I'm shocked and not shocked,” said Haddon Township resident Jenna Gillern of the hung jury in the David “DJ” Creato murder trial. She is pictured with her daughter, Molly, 6.

Though the lack answers is unsettling, she was not surprised.

"The frustrating part was there was no physical evidence. Hopefully, another trial will answer what happened," said Gillern.

Greg and Vanessa Powell, who were out Wednesday walking their children – a newborn and a sibling just about Brendan's age – live just a few doors down from the apartment Creato and his son shared.

"I just think it is a shame. I just want justice."– Terry Murphy, a Haddon Township resident and regular walker at Cooper River Park

Flashing lights and shouts of searching police officers roused them from sleep on Oct. 13, 2015. Soon Cooper Street was "littered" with searchers, recalled Greg.

When Vanessa reached him at work a few hours later, in tears, Greg said he knew immediately the boy, whom they did not know, was dead.

Attention among neighbors focused on DJ and his teen-aged girlfriend.

"But we didn't know. We'll probably never really know. But the township needed to hold someone accountable. The township really didn't know what to do. There was a ton of stuff that didn't get looked at," said Greg Powell.

"Three medical examiners and no real cause of death?" Powell said. "Everyone thought the likely thing was the child got into a drug stash somehow, but then the tox screen came back clean." 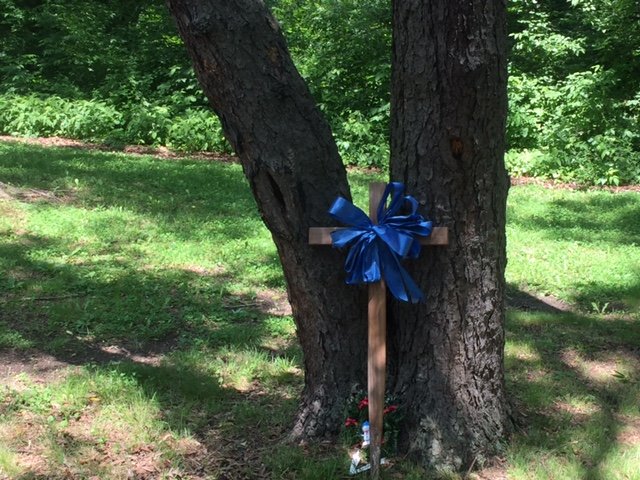 A blue bow is tied to a cross near the memorial bench for Brendan Creato at Cooper River Park. Neighbors in Haddon Township, where the boy had lived with his father, are still looking for answers in the October 2015 death. The murder trial for Brendan's father ended with a hung jury on Wednesday, and the prospect of a retrial has not helped.

Vanessa, a stay-at-home mom who watched a livestream of the trial, became less and less sure of Creato's guilt as the trial wore on. The Powells were not surprised that the jury could not decide.

Township officials have not commented. The Camden County Prosecutor's Office has vowed to retry the case, but otherwise has declined comment.

"I just think it is a shame," said Terry Murphy, a regular walker along Cooper River Park, near where the boy's body was found. "I just want justice."

Allyson Turner, out walking her dog near the park on Wednesday afternoon, said the murder still get "talked about all the time" by local residents.

Peter Singer, who lives near the park and had maintained a large memorial to Brendan, said that while he has no opinion about the jury's inability to reach a decision, he prays "all the time" for the little boy, who would have turned 5 on Thursday.