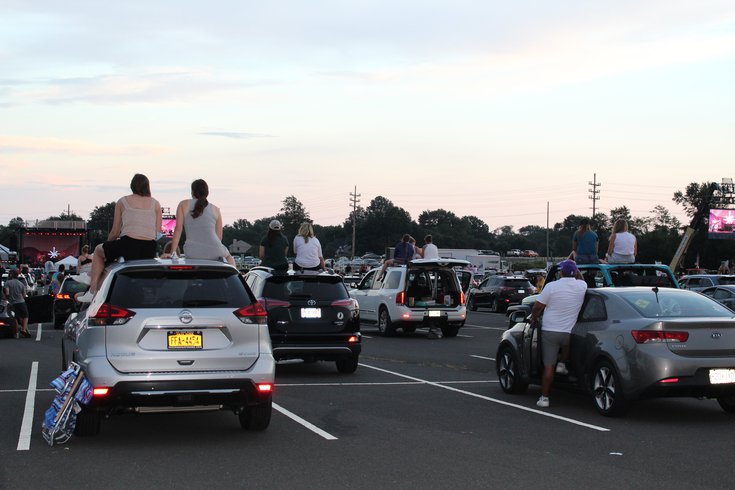 On Monday night at "Drive-In Live" in Monmouth Park, my mind was torn between two completely different frames of mind.

Seeing Andrew McMahon (formerly the lead singer and pianist of Something Corporate and Jack's Mannequin), live, celebrating 15 years since he released his masterpiece "Everything in Transit" — especially in the middle of a perilous pandemic — was an incredible gift and one I badly needed. Live music, I have always believed, can heal, uplift and inspire. It's a release, one that binds us with others who love the same music, grew up the same way and relish experiences over possessions.

But also, seeing nothing but cars, hearing honks instead of applause, and dealing with security guards like mosquitos (more on that later) was deeply depressing. It's really hard to internalize that this is what it's come to. Until there is some kind of miraculous cure for COVID-19, a vaccine and sense of total safety in the country again, regular concert-going will never return.

"Drive-in" concerts. Is it worth going? 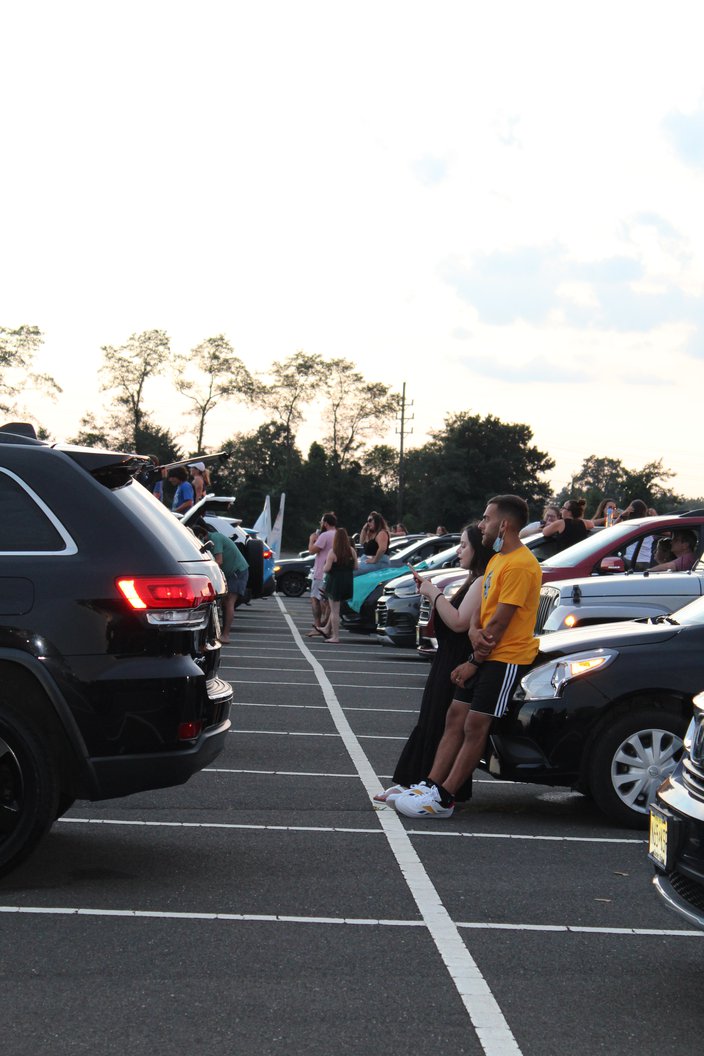 The experience of being in a crowd again was cool. There was almost no social interaction, as attendees were encouraged to stay inside their cars — or on top of their cars, but not alongside their cars. It was frustrating and confusing. Let me explain why.

The biggest reason the “drive-in” concert concept is destined to fail — at least in New Jersey — is that due to the mass gathering prohibition of 500 people, no one was allowed out of their cars (expect to go to the bathroom). Security folks were forced to endlessly confront concertgoers, asking them to get in their cars. Or to have both feet inside them while leaning out your open door (which is what I and my buddy David were forced to do).

The concept is great on paper but really, it can’t be executed in a fashion that makes the music enjoyable.

RELATED: What a drive-in movie theater experience is really like

For one, this particular event, at least, had a constant stream of contradictory information flowing. I spoke to a gentleman who said he was McMahon's agent from California — and said as long as you stay between the lines of your parking spot, you can do whatever you want.

A security guard confronted me, standing and singing along behind my car, telling me the opposite. I didn't mind so much that he was asking people to get back in their cars, even though I was told the exact opposite minutes before. But I was very concerned that this particular employee got very close to me, and I was not wearing a mask. If we are social distancing, let's social distance. That needs to go for the guards as well. I was not protected at that time, and I had to ask him to step back.

And then, with his mask on and the music playing, I could not hear him speak. Such is the conundrum of having a concert that is not technically a concert. It's impossible to do it both safely, legally and enjoyably.

McMahon himself was spectacular. The band was in top form, the sound was mixed well, but the sound did not travel well throughout the "venue." The speakers were pretty awful and the radio station which broadcast the event was not in synch with the music outside, making it irrelevant.

I found the most fun was when I walked — mask on of course — to the porto-potties located a few hundred yards away from where I was parked. I got to move closer to the stage and to the speakers and hear the Something Corporate hit "Woke up in a Car" (relatively) up close and it rocked. That was the highlight of the night for me. Seeing the band in person, in front of me with nothing between us but air is the special feeling you cherish when you see live music. I've been to my share of Warped Tours, music festivals and Bruce Springsteen stadium shows, and this was more than twice as far away from the action than I have ever been before. 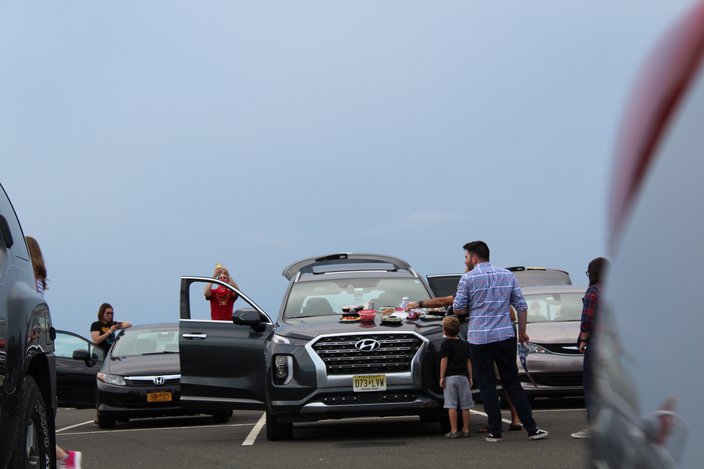 Having a cooler with drinks and Pastrami from Freehold's Fred and Murray's Jewish Deli did make for a picnic feel that was very cool. Seeing the other cars with people creatively finding ways to stay on the roof, and eventually singing and dancing along, was also very normalizing — in a weird way. But it still didn't help to overcome the muddle of confusion about the rules, the hard-to-get-into, low-volume rock music and the patrolling security guards who had no idea what they were doing.

Maybe they'll clean their act up a bit, get on the same page and pump up the volume. Or maybe Citizens Bank Park's outdoor concert series is more organized. But I wouldn't really recommend this to anyone who isn't willing to spend the extra $100+ to park up close, or to someone who doesn't have a convertible or pick up truck.

Here's hoping the new normal gets a little better than it was Monday night.

Maps for the Getaway

Me and the Moon

Get On My Wave

I Woke Up in a Car

Cecilia and the Satellite