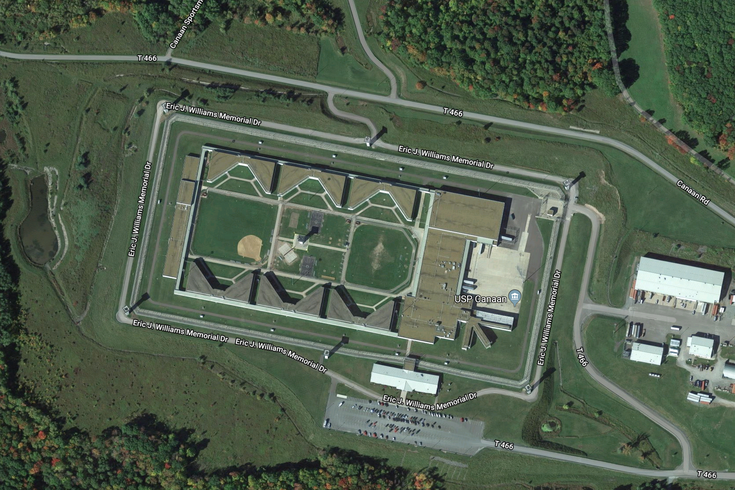 An aerial view of USP Canaan in Wayne County, where Paul Manafort is expected to remain incarcerated until 2024.

Paul Manafort, former campaign chair for President Donald Trump, was relocated from a jail in Virginia to a Pennsylvania federal prison on Tuesday.

Manafort, who was sentenced in March to 7 1/2 years in prison on corruption charges, is now situated in U.S. Penitentiary Canaan in Waymart, Pennsylvania, per the Daily Mail.

According to the Federal Bureau of Prisons’ website's inmate locator, Manafort’s register number is 35207-016.

Manafort spent his time between being taken into federal custody in June 2018 and landing in Pennsylvania at two different Virginia locations. Manafort is now reportedly in Canaan’s minimum-security camp, according to the Washington Post.

A Canaan employee wouldn’t disclose to the Daily Mail whether Manafort is being held away from other inmates.

Manafort remains under investigation after being indicted by a grand jury in New York in relation to a multimillion-dollar mortgage fraud scheme, which could carry a prison sentence between eight and 25 years.

For now, if nothing changes, Manafort is reportedly expected to be released Dec. 25, 2024.