A commission seeking options for transportation funding deficits is expected to present a plan to Gov. Wolf 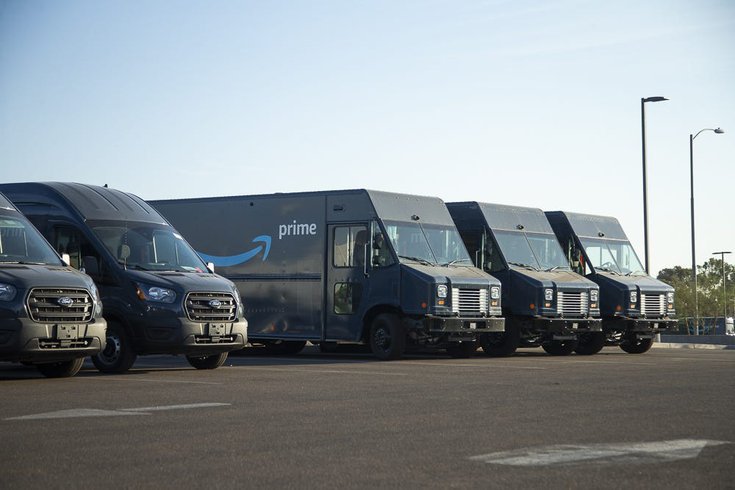 Could Pennsylvania become the first state in the country to impose a package tax? A state commission on transportation funding options is looking into the idea.

As Pennsylvania policymakers look for long-term budget solutions in the wake of the coronavirus pandemic, one possibility could be a 25-cent tax on deliveries from Amazon, FedEx and UPS.

The proposal, still in its early stages, is seen as a possible approach to close a transportation funding deficit that will widen as the state runs out of federal aid from the pandemic.

Sometimes considered an e-commerce convenience fee, the concept of a package tax relies on the idea that users of delivery services are beneficiaries of the transportation infrastructure that enables them to receive their goods. Deliveries are also considered an environmental cost compared to shorter distances traveled to shop at local businesses.

At a Transportation Revenue Options Commission Meeting last month, state officials talked through some of the implications and possible revenue figures surrounding a hypothetical tax.

"There are really a lot of policy considerations that would need to be fully vetted against the priorities and the prioritization of things, and working with the general assembly to make this a reality," said Jennie Granger, deputy secretary for Multimodal Transportation in Pennsylvania.

In 2019, an estimated 554.8 million parcels were delivered in Pennsylvania. That number rose considerably to approximately 721.5 million in 2020 amid the pandemic.

"I believe that trend is continuing," Granger said. "Even though we're out of quarantine, I will tell you that I love having my groceries delivered. That is not part of this, but I think it's reflective of a lot of change in thinking on — do I really need to run to the store, or just get online and order it? Have it dropped off at my house."

Granger estimated that a 25-cent package tax would bring in between $200-250 million annually over the next several years and could be used for a mix of transportation needs.

"Does it solve every transportation problem we have? No, absolutely not, but again, I think if some of the policy considerations and all the key principles can be addressed, I think this could be a significant funding source, whether it was for transit or freight or highways or local roadway networks," Granger said.

No other state in the country currently has a package tax, though similar proposals are being discussed in New York City and Colorado. In New York City, a package tax would be used to fund public transit, while Colorado would aim to direct revenue toward multiple modes of transportation.

Granger acknowledged that any package tax proposal would need to clear up whether it holds up on Constitutional grounds regarding the regulation of interstate commerce. There also are considerations about whether such a tax would have exemptions for goods like prescriptions and food, or whether it would be waived for deliveries to hospitals, schools, nonprofits and religious institutions.

"There's a lot of 'devil is in the details' kind of questions that if this looks like it might be feasible, how do we go forward?" Granger said.

PennDOT reported an $8 billion shortage in funding this year, in part because of plummeting gas tax revenue during the pandemic, despite having the second-highest rate in the country at 58.7 cents per gallon. Gov. Tom Wolf and other lawmakers have favored the idea of phasing out the gas tax in the long-term, but officials are seeking alternate short- and long-term solutions. One such proposal has included temporarily raising the gas tax until such alternatives have been determined.

The package tax is among several ideas that have been floated in recent months, according to the Reading Eagle. Some of the working proposals have included the following options:

• Moving the $619 million in state police funding from PennDOT’s budget to the state’s general fund budget.

• Charging drivers fees for the number of miles driven.

• Charging fees for delivery costs to household and other locations.

The Pennsylvania Turnpike Commission, which had more than $14 billion in debt as of last year, also announced last week that tolls will jump 5% in 2022.

Critics of Pennsylvania's transportation funding have long pointed to the diversion of gas tax revenue from the state's Motor License Fund, which provides a substantial portion of the Pennsylvania State Police budget. Those funds could otherwise have been used to repair roads and structurally deficient bridges across the state.

Wolf appointed the Transportation Revenue Options Commission earlier this year to flesh out proposals to get the state's funding on track. A package tax will likely be an unpopular proposal among Pennsylvania residents, but it appears it will be among the ideas the commission presents to Wolf in a report later this summer.