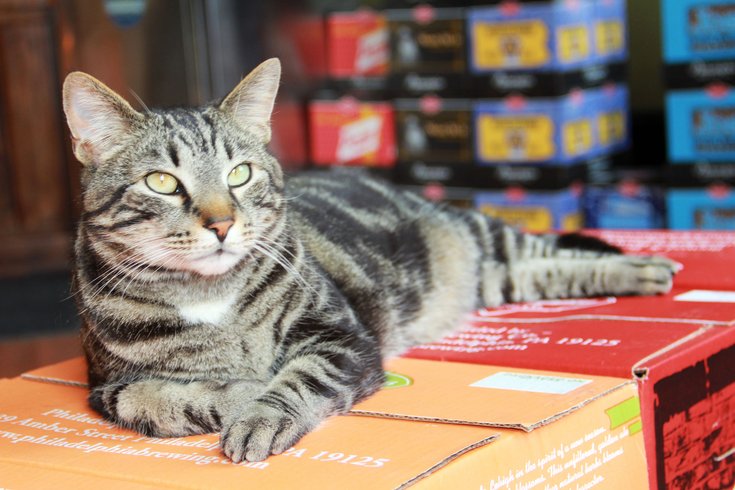 Calling all cat lovers: Philadelphia Brewing Co. is releasing a new pale ale called Working Cat, and it's the purrfect addition to your summer beer collection.

Rescued from the streets in Kensington, Duke Catz has become the brewery's beloved, "working" cat. He does a lot of things – like guard cases of beer, pest control, even playing in the garden, you know, cat things. He even has his own Instagram account @dukethebrewerycat.

“Working Cat is an ode to Duke, our very own working brewery cat who keeps a watchful eye on all that happens in the brewery,” Nancy Barton, co-owner of Philadelphia Brewing Co., said in a press release.

This double dry-hopped pale ale is teeming with citrus notes from grapefruit and orange peels. The citrus brightens the flavor profile to give a light bodied pale ale packed with aroma.

Released just in time for Philly Beer Week, samples of Working Cat will be available Saturday, June 8, at Fishtown's Festivale. The brewery will have a tent set up near Fishtown Tavern.

The pale ale will be available at Philadelphia Brewing Co's Peacock Room and tasting room in Kensington. It can also be found on draft at several bars around the city, including Fishtown Tavern, Garage Fishtown, Interstate Drafthouse, MilkBoy South Street, Cherry Street Tavern, Standard Tap, and others.