Pro gamer passes out drunk after the Eagles’ Double Doink win, gets suspended from Twitch

Eagles fans do everything to the fullest 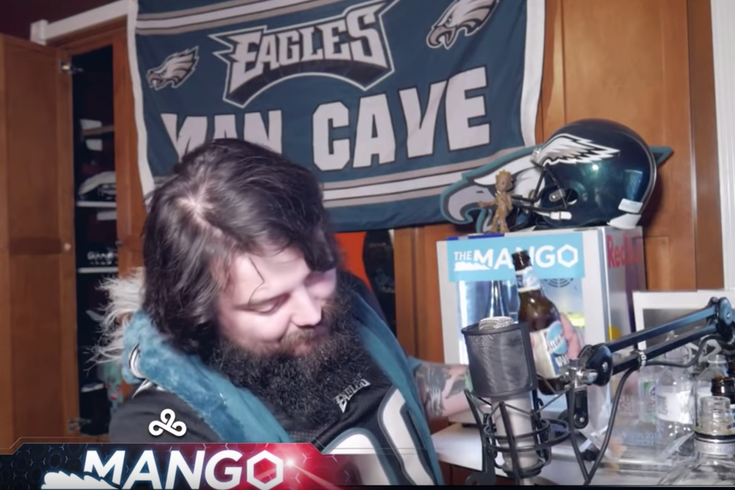 Joseph Marquez, better known as “mang0”, is a professional video gamer and one of the greatest competitive "Super Smash Bros. Melee" players of all-time.

He’s also an Eagles fan, so he — like every other Eagles fan in the world — had quite a Sunday night after the Birds knocked off the Bears in dramatic fashion to stay alive in this year’s NFL playoffs.

He was drinking quite a few beers, and at one point during his stream Marquez appeared to pass out:

Yep, that looks like a drunk person passing out.

Twitch was none too happy with Marquez’s conduct, and banned him for a week because of “dangerous consumption of drugs or alcohol” on a stream, which violated Twitch’s community guidelines:

Marquez, who tweeted after the game that he plans on regularly drinking until the Eagles lose, claims he didn’t actually pass out:

For the record.. I didn't pass out on stream.. I jokingly fell over to be funny because I wanted to take a break.. Went downstairs to talk to my gf and came back and ended my stream

Drank a lot I knowwwwwww

Your guess is as good as mine. He wouldn’t be the only Eagles fan who had one too many beverages that night.

The Eagles play the Saints in New Orleans on Sunday, Jan. 13, at 4:40 p.m. Marquez will be eligible to play video games on Twitch the next morning.