Philadelphia has chance to make every voice count, not just big donors

The Philadelphia City Council is considering a proposal that would help give everyday people more of a voice in local politics and allow candidates from all walks of life to run and win city elections without relying on big campaign donors.

If the City Council says yes to small-donor public financing of elections, they will join many cities, counties, and states across the country that have taken it upon themselves to improve our democracy by reducing the influence of wealthy campaign contributors.

People across this country are angry, and rightly so, that our government appears to be working best for super wealthy political power brokers and not for everyone else. It’s no surprise how we got here when the reality is that candidates at all levels of government have to spend their time courting big donors to keep up with the rising cost of winning elections—and only those with wealth or wealthy connections are able to run. 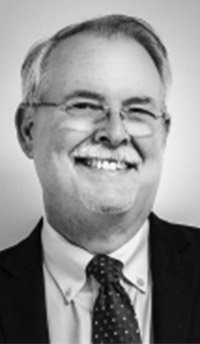 This proposal would allow more people to run for city office by instead spending time raising small donations of $150 or less. Candidates who agree not to accept big money and who have a strong grassroots showing of support would have their small donations amplified five to one with matching public funds. Instead of hitting up a few wealthy donors, candidates would be able to spend their time talking to many more average constituents and still have the money to compete successfully against the politicians fueled by big check writers.

In Montgomery County, Maryland, council member George Leventhal told the Washington Post that a new and similar program there has already changed the way he fundraises. “I don’t mind saying that when you are looking for campaign support in chunks of $1,000 or more, you spend a lot of time with millionaires,” he said. “What I’m finding now is that to get to 500 [small contributions], I’ve spent most of my time with ordinary working people.”

If we want to ensure our elected leaders serve the public, we need to give deserving candidates a new way of running for office that prioritizes everyone, not just the wealthy. That’s exactly what the Philadelphia City Council is considering doing.

Small donor public financing programs new and old have proven their worth for decades.

In New York City, a long-standing and popular program has allowed candidates to run on the strength of their grassroots support — in contrast to statewide elections that are dominated by special interests. Following the introduction of small-donor public financing in Maine, the state soon had the most blue-collar legislature in the country where teachers, farmers, waitresses, and firefighters could run for and win office.

New programs continue to reimagined politics as usual and explore ways to put power into the hands of regular constituents. For example, in 2015, Seattle voters overwhelmingly approved a ballot initiative to create the Democracy Vouchers program. This year, for the first time every Seattle resident—not just those with deep pockets—can become important to people running for office because they each receive four $25 vouchers they can give to city candidates of their choice.

First-time candidate for City Council Teresa Mosqueda credits the Democracy Voucher Program for making it possible for her to enter the race. “I’m still paying rent, I still pay student loans,” Mosqueda said. “I think the intent was to try to get more folks who aren’t independently wealthy who have a job like I do to be able to see themselves running for office.”

Recent analysis by Every Voice and Win/Win found that the Democracy Voucher program is already working to strengthen city elections by diversifying and expanding the donor base to look more like Seattle residents. People like Seattle resident Gina Owens who struggled to contribute to campaigns on her limited income now participate using democracy vouchers. She told the Seattle Times, “People like me can contribute in ways that we never have before. We can participate in ways that Big Money always has.”

Philadelphia could be the next city to take action to address the deep-felt voter concern that our democracy is in the pocket of big donors.

And, by the way, it is cheap. For roughly the cost of one stamp (49 cents) per resident per year, Philadelphia can ensure its elected officials are accountable to regular constituents. For the vast majority of people who believe government is not listening to them, that’s a small price to pay to have more voices heard.

Nick Nyhart is president and CEO of Every Voice Center, a national organization fighting for a democracy that works for everyone, not just big donors, and leading experts on small-donor public financing systems around the country.