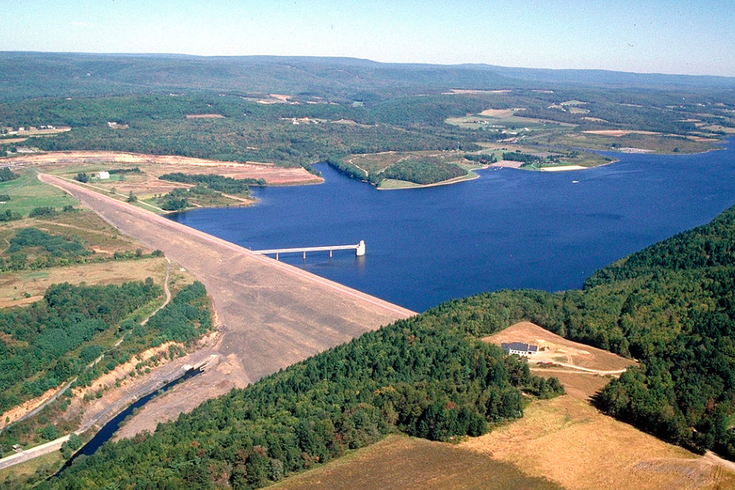 A Philadelphia man drowned at Beltzville Lake on July 21, 2019. Authorities said the victim was attempting to rescue a child, who survived and was not injured. Pictured above is Beltzville Lake and Dam on Pohopoco Creek in Carbon County.

A Philadelphia man died last weekend after he attempted to rescue a child who was out rafting on a lake in Carbon County, authorities said.

The incident occurred Sunday in the vicinity of Beltzville Lake in Lehighton, where the child was on a raft in a "no swimming" area, according to the Associated Press.

The man who drowned, identified as 29-year-old Xin Huang, went into the water to retrieve the child around 2 p.m. Witnesses said Huang began to struggle and went underwater.

The child was able to return safely to the shore and was not injured, officials said.