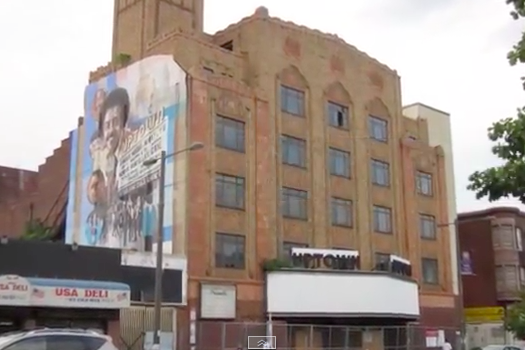 The doors of the historic Uptown Theater in North Philadelphia have been closed since 1978. In its heyday, from the early fifties through the mid seventies, the theater was a major entertainment venue on the chitlin circuit, where blues and soul acts from Sam Cooke to the Supremes performed and civil rights activists held "freedom shows" for charitable causes.

Since 1995, The Uptown Entertainment and Development Corporation (UEDC) has been on a mission to revive the theater, which first opened in 1929, and create other new opportunities for communities in North Philadelphia. Celebrating its 20th anniversary with a fundraiser at the CBS Broadcast Center on Friday, the nonprofit reiterated its mission and provided a progress report, according to CBS 3.

“We hope to reopen the Uptown Theater and to bring a new century of entertainment,” said President Linda Richardson, “so young people have the opportunity to experience what many Rhythm and Blues artists experienced in the 1950’s, 60’s and 70’s."

The next steps in the planned renovation are to repair the roof, which remains in bad condition, and then reopen the lobby as a 50-seat performance venue. Richardson said the goal is to reopen the theater in 2017.

While the Uptown Theatre was identified as the organization's first acquisition and revitalization project, its broader mission is to lead several causes that focus on youth programs in science, technology, art, and math. Some of these programs are intended to be housed at the Art Deco theater on 2240 North Broad Street, including a technology center that would create 200 jobs and entrepreneurial opportunities for youth and adults in North Philadelphia, according to the UEDC website.

In the video below, the UEDC's 5 Million Campaign is discussed along with the historical importance of the venue.

With the demolition of the iconic Philadelphia International Records building in April, the UEDC's efforts are helping keep alive a landmark Philadelphia with deep ties to America's social history. Learn more about the Uptown Entertainment Development Corporation here.