Members of the Philadelphia Orchestra were sorted into Hogwarts houses

Do they belong in Gryffindor, Hufflepuff, Slytherin or Ravenclaw? 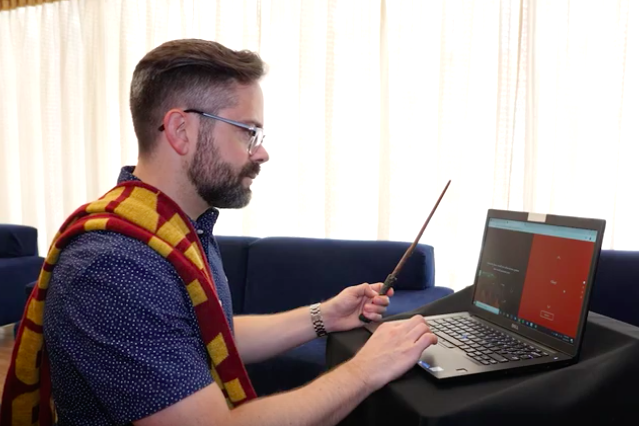 Members of the Philadelphia Orchestra recently discovered their Hogwarts house.

If you're a "Harry Potter" fan then you've probably already taken the official Pottermore quiz to discover if you truly belong in Gryffindor, Hufflepuff, Slytherin or Ravenclaw.

But it seems some members of the Philadelphia Orchestra still needed to be sorted into their proper Hogwarts houses.

Recently, a handful were filmed taking the quiz.

Many wore Gryffindor scarves but *SPOILER ALERT* most were sorted into Hufflepuff, meaning they're less Harry Potter and more Newt Scamander.

They all appear to take the quiz seriously (as one should), so the results are probably accurate.

Heart goes out to the one violinist though who accidentally clicked an answer and realized he couldn't go back for a do-over. If he hadn't clicked "piano" would he still belong with the other badgers? We may never know.

This July, the Philadelphia Orchestra will perform the score to "Harry Potter and the Goblet of Fire" live as the movie is screened at the Mann Center.

Like us on Facebook: PhillyVoice
Add Sinéad's RSS feed to your feed reader
Have a news tip? Let us know.