Philadelphia Zoo: AJ the aardvark, the oldest in the U.S., dies 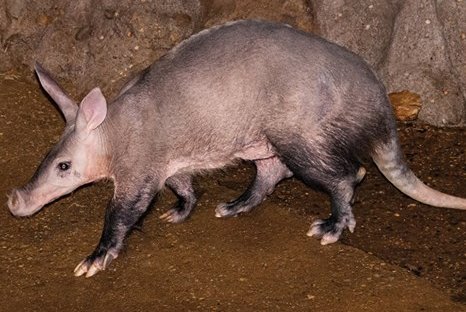 The oldest aardvark in the United States has passed away at the Philadelphia Zoo, the attraction announced Wednesday.

Zoo officials said the mammal will be remembered for "his love of back rubs and his selective palate." His favorite foods were ants and termites.

AJ lived far past the life expectancy for the average aardvark, whose age range typically falls in the late teens and early 20s, according to the zoo. In the wild, the species' natural habitat is found in most regions of sub-Saharan Africa.

At the Philly Zoo, aardvarks are housed in the Small Mammal House with the meerkats. The zoo lists only one aardvark currently in the exhibit: Sunshine, a 12-year-old female. She can usually be found sleeping in her den since aardvarks are nocturnal creatures.