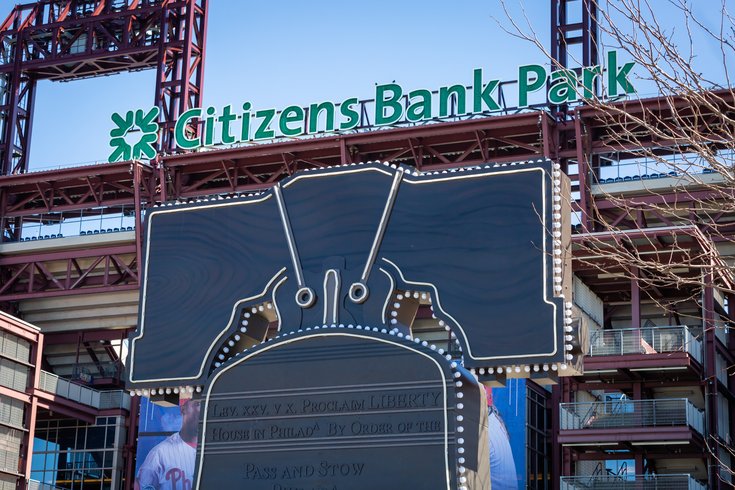 The newly-refurbished 19-foot high Liberty Bell, originally at Veteran's Stadium, was installed outside the third base gate at Citizen's Bank Park.

Here’s something: the Phillies will reportedly host the 2026 MLB All-Star Game at Citizens Bank Park.

The news surfaced Thursday afternoon in a report from Philly.com’s Matt Breen:

The Phillies will host the 2026 All Star Game at Citizens Bank Park. MLB will hold a press conference next Tuesday at City Hall to announce it.

And here’s a little historical perspective from The Athletic’s Matt Gelb:

It’ll be America’s 250th birthday. This is something Phillies chairman David Montgomery has envisioned and championed for a long time. Phillies had ASG in 1976. https://t.co/zo1UgLe6F9

This all sounds pretty cool!

This will be the city’s fifth time hosting an All-Star Game, and the Phillies’ fourth. The Phillies most recently hosted the 1996 edition, back when the team still played its games at Veterans Stadium.

This year’s All-Star Game, for what it’s worth, will be held July 9 at Progressive Field in Cleveland.

According to a release sent out Thursday, a whole host of characters will be on hand on April 16 for the announcement, including Pennsylvania Gov. Tom Wolf and Philadelphia Mayor Jim Kenney:

MLB is doing a thing in Philadelphia. pic.twitter.com/nBSzr9geZg

While Breen’s tweet said City Hall, the release above makes Independence Hall the backdrop for the announcement. If the league and the franchise are indeed positioning this as one big history festival, it’s likely Independence Hall is the correct location.

Whether attendees will be able to use SEPTA to reach the Stadium Complex more effectively than the Democratic National Convention attendees remains to be seen.