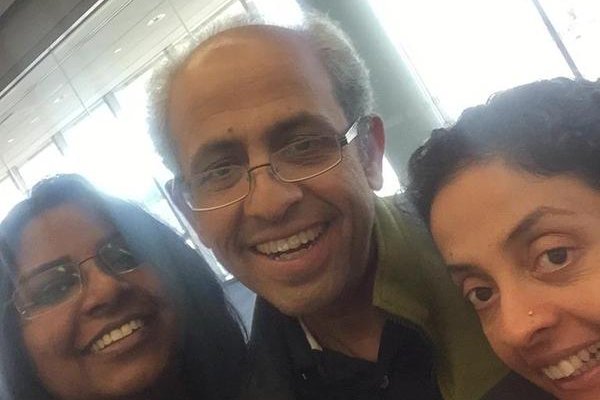 Three doctors from the Delaware Valley are on their way to Nepal to provide relief following a devastating earthquake that took the lives of over 7,000 people.

NBC Philadelphia reports that the Delaware Medical Relief Team (DMRT), an organization comprised of volunteer doctors, is sending its advanced team out of Philadelphia International Airport Sunday morning to the disaster-stricken country.

Drs Chetana, Vinny, and Reha are leaving for Nepal tomorrow. Please donate if you can. http://t.co/DdKRAxDW1j

According to the group's website, the three doctors are coordinating with the Nepal Government, the National Emergency Operations Center (NEOC), and a local NGO which runs a  100-bed community hospital in Kathmandu to provide urgent care and address pressing medical needs.

The group tweeted out a picture of their departure Sunday morning.

All checked in and ready for departure to Kathmandu #NepalQuake pic.twitter.com/e6gGghFNuj

The group's co-founder, Wilmington-based Dr. Virnod Kripalu, told NBC Philadelphia that while immediate relief is often needed in these situations, providing aid in the weeks that follow can prove just as critical.

"Initially there is a lot of trauma in the first few days. But that tends to decrease as you go along... and then you get a lot of people with dehydration. You get sprains and chronic diseases. People don't have medications anymore, it is the whole spectrum."

Kripalu told USA Today that he started getting calls from colleagues soon after the earthquake hit on April 25. Thanks to subsequent planning and $1,500 in donations, the group is able to make the trips happen.

The group was founded in 2010 following the earthquake that hit Haiti. They sent four teams of doctors to the country to provide similar assistance after the disaster. The DMRT will be sending more teams to the country in weeks to come.

Those wishing to provide the group with assistance in their efforts can donate here, or those interested in heading out to Nepal can volunteer here.