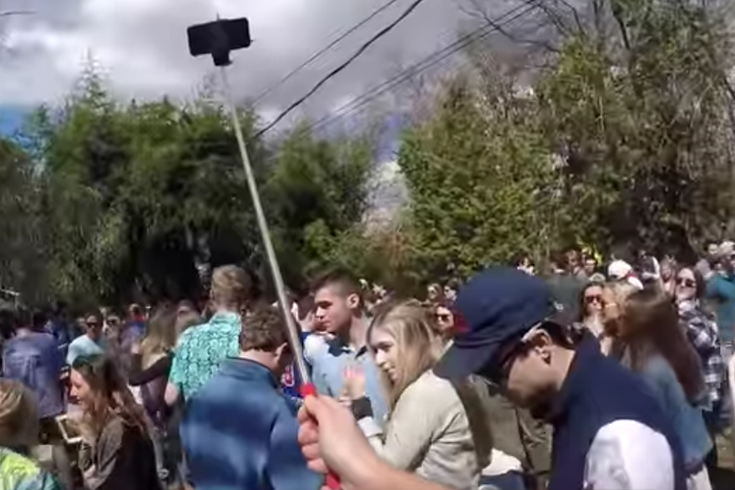 Students at Bucknell University during a house party.

The Princeton Review's annual list of the top 20 party schools in the nation is out, and once again, Philly has been spurned.

The notoriously lavish throwdowns at the University of Pennsylvania, the "underrated" basement bashes at Temple, neither of these schools nor any other college within or just outside the city's limits made the rankings.

Instead, Pennsylvania and the Delaware Valley were represented by three schools — two north of Philly and one to the south.

Coming in fourth in the rankings, which are based on student surveys given to nearly 150,000 students at 381 colleges, was Lehigh University, located in Bethlehem. That's a jump from last year when it came in 11th.

Right behind Lehigh in fifth is Bucknell University, which sits about three hours north of Philly in Lewisburg.

Now, Lehigh's party scene may be unfamiliar to the Philly crowd, but any Lehigh Valley native will tell you the spot is well-deserved. But Bucknell? A private college that enrolls less than 4,000 students in Central Pennsylvania?

When Bucknell came in fourth last year, Philly Mag was just as puzzled. Turns out, Bucknell earned top spots in many of the factors The Princeton Review uses to decide the rankings, including high participation in Greek life as well as lots of access to beer, hard liquor and drugs.

Bucknell spokesman Andy Hirsch was none too pleased after last year's rankings, calling into question the methodologies used for determining the list.