Brothers James and Patrick Smith are accused of beating a man with Asperger's syndrome, an act Commissioner Outlaw decried as 'disturbing' 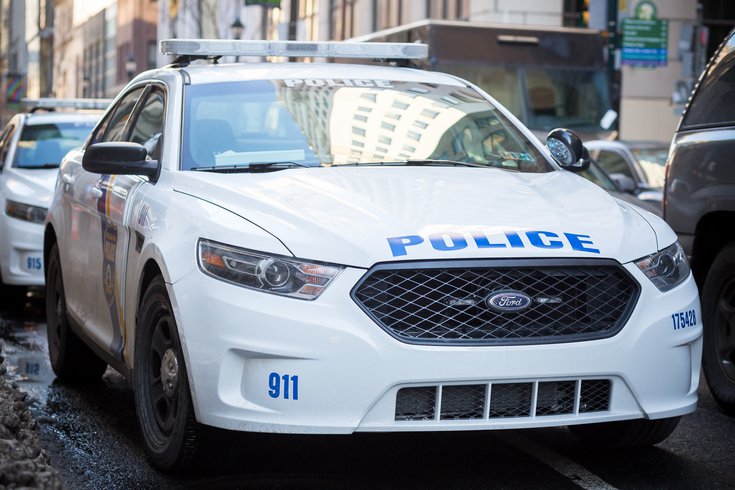 Philadelphia Police Inspector James Smith was charged with simple assault and related offenses stemming from an alleged incident that happened while he was off-duty on Aug. 19, 2020.

Two brothers — a 30-year veteran of the Philadelphia Police Department and a former detective — are accused of chasing down and beating a man without cause last summer while they off duty, officials said.

Police Inspector James Smith, 52, was arrested Thursday by the department's internal affairs division following an investigation into the Aug. 19 incident. His older brother, former detective Patrick Smith, 53, also was charged for his role in the incident.

James Smith and Patrick Smith — who has retired since the incident occurred — allegedly pursued the 27-year-old victim in a vehicle and then on foot. The victim, who police said has Asperger's syndrome, a form autism, was eventually cornered in a shopping center parking lot at Fairdale Road and Knights Road in Northeast Philadelphia, District Attorney Larry Krasner said.

The off-duty officers allegedly told the victim they were part of a "town watch."

The victim allegedly was shoved into a wall and had his face slammed into a pillar. He also hit his head on the ground when he were forced down by James Smith, police said.

Prosecutors said the victim's injuries included a black eye and abrasions on the back of his head, elbows and knees.

Before the alleged assault occurred, prosecutors said the victim called his mother, who said she heard a voice say, "Hold his legs," before the call abruptly ended.

The victim's mother used a cellphone app to track the location of her son at the shopping center. When the victim's father arrived, the Smith brothers again allegedly identified themselves as "town watch."

"This occurred while Inspector James Smith was in off-duty status, having stopped the complainant without cause and/or in violation of department policy and procedures," the police department said Thursday.

James Smith and Patrick Smith are each charged with misdemeanor counts of simple assault, conspiracy and recklessly endangering another person.

"The allegations here involve vigilantism and brutality against civilians, which cannot be tolerated in the city of Philadelphia," Krasner said. "It is truly disturbing that the victim, who has Asperger syndrome, may have struggled to communicate his distress and fear. Additionally, the defendants' claims at the time that they were members of a 'town watch,' that the victim was involved in thefts from vehicles in the area, or that the victim's injuries were caused by a trip and fall were not corroborated by investigation. This remains an active investigation, and as with all criminal investigations at this stage, the defendants are presumed innocent until proven guilty in a court of law."

James Smith was most recently assigned to the Forensic Science Bureau and had been on long-term "injured on-duty" status within the department, Police Commissioner Danielle Outlaw said. He had been placed on restricted duty pending the outcome of the investigation.

The charges against Inspector James Smith are disturbing, and allege behavior that is in stark contrast to everything that society expects of its police officers. We cannot allow the actions of a few to tarnish the reputations of the overwhelming majority of our officers that discharge their duties with integrity.

It is imperative that police officers repair community trust in order to effectively do their jobs. In order to do this, we must prove that we are committed to identifying and removing bad actors from within our ranks.

It is disheartening when those charged with upholding the law choose to betray their sacred oath. The anger that these acts of betrayal cause are felt by all, especially officers who carry out their duties with the utmost of integrity.

I am grateful for all of those who worked to bring these allegations to light.

James Smith will be dismissed from the department at the end of a 30-day suspension.