Philly's wine prices may rise due to Trump administration tariff 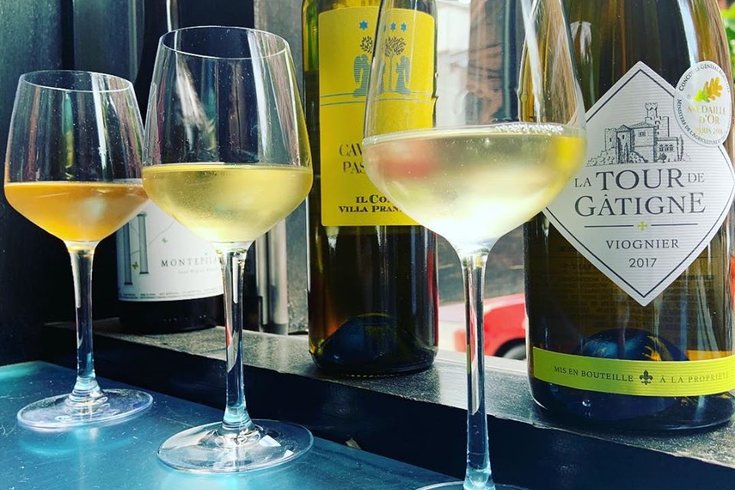 Philly wine bars, bottle shops and restaurants may begin feeling the impact of a Trump administration tariff levied against all 28 countries in the European Union.

Philadelphia's notoriously difficult wine scene, which was recently on the upswing, now faces a new challenge in the form of a wine tariff.

The Trump administration imposed a series of wine tariffs in October in response to the European Union placing subsidies on air travel and France taxing digital companies like Facebook. A 25% tariff initially was placed on some wines from some countries before expanding to include all wine from all 28 countries in the EU.

The wine that falls under this category of import is just now going to hit the shelves, according to Philly Mag. This is particularly bad in Pennsylvania, where the cost of alcohol is already 40% to 50% higher than other states. Before the wine bar boom, there was already a triple-markup on wine sold in bars and restaurants. A tariff could now push Philly’s cost of wine even higher.

To make matters worse, the administration is now threatening to increase that tariff to 100%, and put it into place early this year. This has sparked outrage and fear from those in the wine industry nation-wide.

With the 25% tariff, patrons have not actually see much of a price increase, so long as retailers, winemakers and distributors take a hit in hopes of maintaining competitive prices. However, that puts the pressure on wine bars and restaurants who make their money from wine.

Vinters, importers, distributors, and sommeliers also will have to bear the weight of the 25% increase, as Philly Wine Week pointed out in an instagram post this week.

"Whatever your political stance may be, I think we can all agree that taxes on still and sparkling wines aren’t in our best interests as consumers or professionals in the industry," Philly Wine Week said, in part, going on to add that, "In short, these tariffs – set to rise to 100% – could demolish the livelihood of thousands of hard-working vintners, importers, distributors, sommeliers, restaurateurs, wine retailers and, despite what some have said, the American wine industry."

Hello, friend. This is a new sort of post for us. Usually we’re here with Philly Wine Week news and fun events. Today, we’re reaching out about a more serious topic: impending tariffs on wines from EU-member countries. There is some legislation set to be passed and go into effect as early as February 2020 if we do not take action. Whatever your political stance may be, I think we can all agree that taxes on still and sparkling wines aren’t in our best interests as consumers or professionals in the industry. In 2018, the US imported 105 million cases of wines, mostly from Europe, accounting for roughly 33% of the market. In short, these tariffs - set to rise to 100% - could demolish the livelihood of thousands of hard-working vintners, importers, distributors, sommeliers, restaurateurs, wine retailers and, despite what some have said, the American wine industry. As someone who appreciates wine, you know that wine is not interchangeable from place to place. Each bottle is sought after specifically because of where it was grown and made - what we all know as terroir. Let’s protect that and continue to celebrate it for the marvel that it is. There’s more to it, but in the interest of keeping it short and sweet, we’ll ask you to visit the link in our bio to take action. Thank you, from Philly Wine Week executive committee: Sande Friedman, Chloe Grigri, Jill Weber, Terence Lewis

But if the 100% tariff goes through, it would double the retail price of wine in shops and restaurants. This tariff would be catastrophic to the American hospitality industry altogether.

Jill Weber, owner of Jet Wine Bar in Center City, who just published an op-ed calling for action against the tariffs, also is concerned about the impact of the tariffs.

“The negative impact on these networks will result in loss of choice for the U.S. consumer, but also loss of jobs for U.S. citizens,” Weber wrote.

If you want to weigh in on this issue, the Office of the U.S. Trade Representative will be accepting public comments until Jan. 13th. You can find out more info on how to do so here.