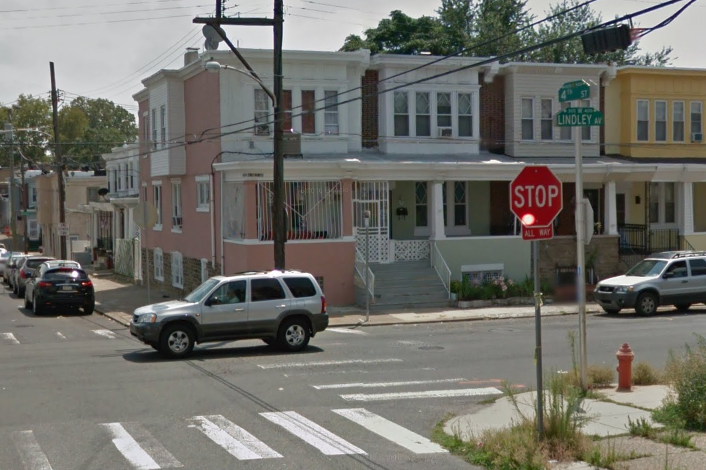 The view of the intersection of North Fourth Street and Lindley Avenue in Olney.

Police said an armed man was shot in the back after he pointed a gun at officers in the Olney section of North Philadelphia, according to media reports.

The incident occurred Saturday around 6 p.m. near the intersection of North Fourth Street and Lindley Avenue.

Two officers observed a minivan that was parked illegally in a crosswalk. When the officers approached, a man ran out of the side door with "an object in his hand, " philly.com reports.

A brief chase ensued, but an officer was able to catch up with the man and pushed him into a parked car.

The man regained his balance and ran toward the officer's partner with a gun in his hand. The officer fired his weapon, striking the man in the back.

According to FOX29, the man was transported to Einstein Medical Center where he is in critical, but stable condition.

Police have not yet identified anyone involved in the incident.