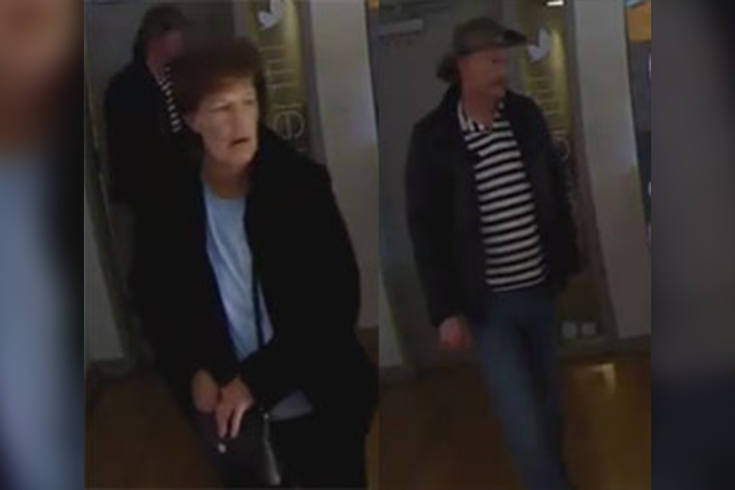 Police asked the public for assistance Wednesday identifying a pair of burglars who targeted a yoga studio in the Old City section of Philadelphia.

The theft occurred Oct. 11 around 12:20 a.m. at the Lithe Method Yoga Studio located at 219 Cuthbert Street.

Authorities released surveillance video showing a man and woman forcing the front door of the business open. Once inside, the woman walked behind the counter to take an undisclosed amount of cash out of the register. The woman appears to adjust the recording equipment before the two flee the store.

Police describe the first suspect as a white woman in her 50s with red hair. The second is a white man in his late 50s. He was seen in the security footage wearing a black leather coat and a cowboy hat.