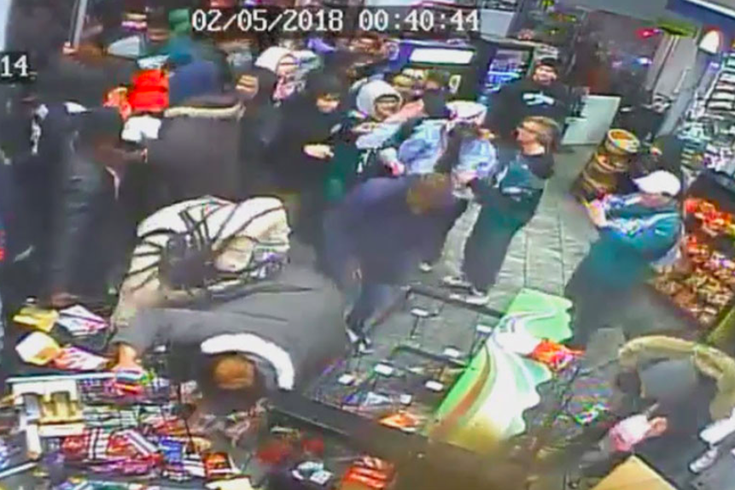 Philadelphia police search for rioters at Sunoco gas station early on the morning of Monday, Feb. 5, 2018.

Footage of the scene inside the Sunoco station at 801 S. Broad St. first surfaced on social media just before 1 a.m. Monday morning, several hours after the Eagles had won.

People yelling “Everything is free,” looting, trashing this gas station. Damn it, Philly we better than this. pic.twitter.com/WecXaAmrFh

On Tuesday, police released the surveillance footage from inside the station, showing how and when the vandals began tearing apart the mini market.

"While inside, the suspects began taking items from the shelves then began throwing food items and soft drinks on the floor and walls, causing a hole in the back wall of the business," police said.

Authorities are seeking help from the public to identify the suspects seen in the video.