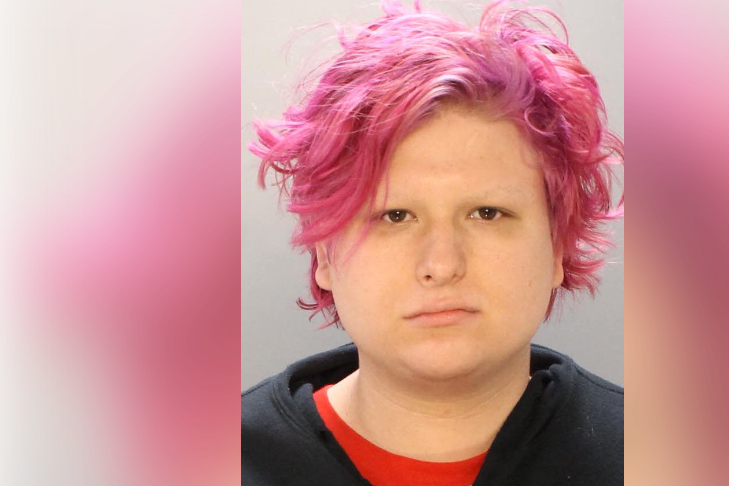 This weekend’s 30th annual Philly Pride Parade and Festival was supposed to be an event to celebrate the LGBTQ+ community, but for one trans attendee – and her supporters – it became a legal mess.

According to Philadelphia police, Ryan Segin of Woodbine (Cape May County), New Jersey allegedly tried “to set a thin blue line American Flag on fire while in a crowd at 12:10 p.m.” near 12th and Locust streets.

Though Segin’s was set at $5,000 (10 percent) and posted, she was not yet out of custody at noon Monday. A preliminary hearing scheduled has been scheduled for June 25.

Supporters were claiming on social media that it wasn’t an American flag, but actually a “Blue Lives Matter” flag. Photos from the arrest scene show Segin wearing a black hoodie and black-and-red bandana over her face. Some questioned the necessity for the arrest as burning a flag isn't a crime.

I'm outside the jail in Philadelphia with a crowd of about a dozen people waiting for our comrade's release, and I brought the light @annamoonesyou @TransEthics @prpltnkr pic.twitter.com/uEAJWRAYpF

The Philly Socialists group has been leading the protest charge, highlighting a rift in the community regarding trans people.

“This is awful that a trans person would be forcibly removed from Pride and that they used state sanctioned violence to do so,” read a Facebook post from the group. “It just goes to show who these pride events are really for. … Queer revolution, not rainbow capitalism!”

Segin is apparently the suspect's "deadname" and supporters did not broadcast the name by which she now identifies.

When contacted early Monday afternoon, the group declined to comment as members were “currently working on getting our comrade released” from Curran Fromhold Correctional Facility.

“We would like to refrain from any media coverage, until we can speak to this person and allow this person time to heal,” the group responded via Facebook, noting that it was posting updates when available and planned to issue a press release later.