Premier Nightclub at Atlantic City's Borgata to open in April 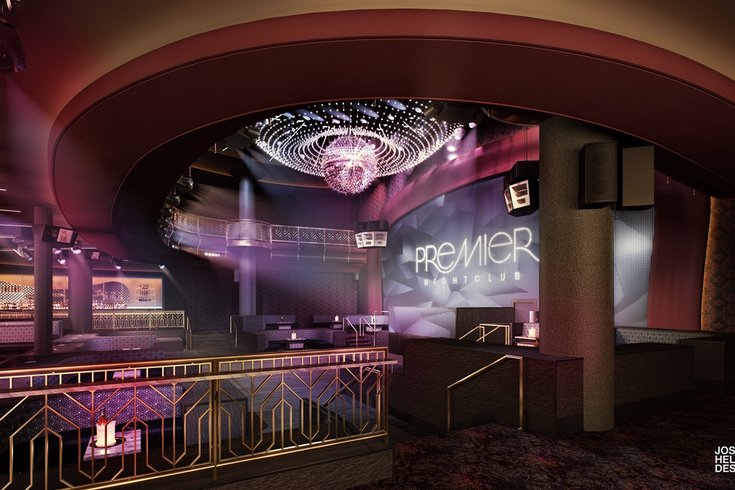 A rendering of Premier's interior.

The club's main room will boast two 35-foot-long bars made from carved stone and complemented with mirrored back bars. Accessorizing the space is a 6-feet-in-diameter disco ball and a 25-feet-in-diameter chandelier that features programmable lights. Booths are tiered in a way that draws focus to the DJ booth -- a centerpiece of the club's operation.

In its four-day debut, DJs Morgan Page, Michael Woods, Jesse Marco and Chuckie will perform. Notably, Cash Cash and Temple University alum Diplo will make appearances in May or June.

According to Curbed Philly, the nightclub's opening is part of a larger (and much more expensive) $50 million plan that entails an outdoor pool, casual dining area, a Michael Symon restaurant and an outdoor complex complete with hammocks and chaise loungers. Those additions are slated for this summer; 25,000 square feet of additional Borgata meeting space, meanwhile, will follow next year.

Premier is not the only new nightclub in town: WAV Nightclub, located at Bart Blatstein's The Playground Pier, is slated to open April 1.

A representative for Premier told PhillyVoice that a full menu of food and drink are still in the works and will be announced in the days ahead. Keep an eye on the club's website for soon-to-come programming updates.