Preservationist: Christie reviewing DOT's razing of historic home despite injunction and no permit 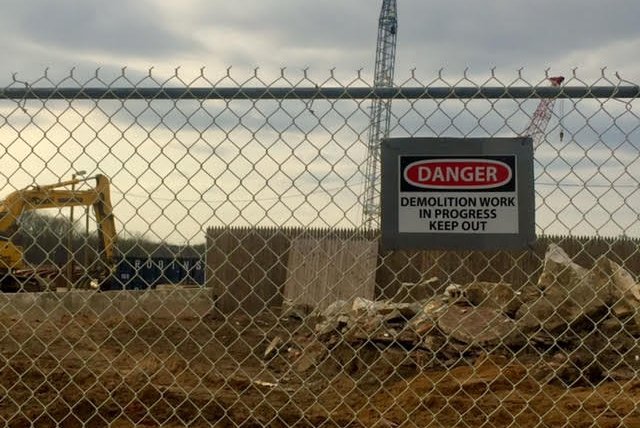 NJDOT admits it destroyed a Colonial-era building in Bellmawr without a permit and with a pending request for a legal injunction.

New Jersey Gov. Chris Christie’s office is reviewing how the state’s Department of Transportation demolished a Colonial-era building without a required permit and despite a filed legal injunction, according to a seething preservationist.

Chris Perks, president of the Camden County Historical Society, said Friday in an email that a member of the governor’s staff has reached out to Bellmawr Mayor Frank Filipek.

“It is our belief that the governor’s office is performing an inquiry as to exactly what the hell happened last week at NJDOT,” Perks speculates in the email.

There was no response to requests Friday for comment from Christie's office.

Perks also asserted emphatically that DOT ordered the early morning demolition of the 1764-built home on March 3 despite knowing a legal injunction was filed a day earlier.

Perks gave his own version of the timeline of the events around the demolition:

On Thursday, March 2, 2017, the historical society filed an injunction in Superior Court to prevent NJDOT from destroying the house. The society delivered a copy of the injunction by courier to NJDOT headquarters as a courtesy. Local reporters email NJDOT asking for their reaction to the injunction. NJDOT replies to those media requests.

The next day, Friday, March 3, 2017, NJDOT allegedly called its contractor, Conti Construction, at 5 a.m. and instructs the company to demolish the house immediately. Conti razes the house with a wrecking ball around 6:30 a.m. No permit from the state Department of Community Affairs was obtained for the demolition, Perks alleges.

A call to the state DOT to confirm that timeline was not returned Friday.

The home, which once belonged to a captain in the Colonial army, was in the way of an ongoing reconfiguration of Interstate 295 and other highways.

Camden County had put aside $50,000 to relocate the structure.