Prof. Kim Guadagno: Her teacher rating – and a chili pepper for hotness

Republican candidate for governor appears on Rate My Professors site

But the Republican candidate for New Jersey governor was also a part-time law professor, teaching legal research and writing at Rutgers School of Law-Newark between 2003 and 2009.

Which is how she came to be ranked on the popular site, Rate My Professor – and garnered a chili pepper for hotness.

She has a dozen reviews on RMP. They cluster at both ends of the spectrum. Eleven reviews are either "Awesome" or "Awful," with just one in-between review of "Good."

Averaging out the highs and lows, her overall quality level as a former law professor stands at 3.2 – just average. Her class difficulty averaged out to 3.8 – considered good.

Those who liked her said:

• "goes out of her way to give access to hard-to-find evening students – emails, phone conferences, nights and weekends – very practical"

• "I enjoyed the power points and she seemed to put a lot into the lessons. The problems were interesting. It is nice to get a practitioner."

• "i thought she was pretty good - but graded her as awesome."

• "The class presentations serve as an outline to the papers. Adhere to the notes and handouts and the class is straight forward."

Those who found fault with her teaching commented:

• "Got to love the irony - LRW Prof does not use spell check on her power points. Most valuable tool – an example brief she distributed AFTER LRWII was over!"

• "She should be fired and sued for intentional infliction of emotional distress."

• "Completely useless, and her guidance is CONTRARY and INCOSTINTENT. To say that she reads over your papers is a farce, she reads maybe every 10th and makes up her mind about the other 9. GO TO HER OFFICE HOURS, she'll remember you and it'll go toward your grade – especially b/c grading is NOT anonymous. Farce...despite the grade I got."

On a less professional level, Guadagno earned a chili pepper on the site.

That’s the symbol Rate My Professors uses to indicate an educator's “hotness,” or physical attractiveness.

That "recognition" illustrates the sexual barriers still faced by women as both professionals and candidates, according Brigid Harrison, a professor of political science and law at Montclair State University.

Harrison, a professor for 22 years, had a marriage proposal show up on one of her official evaluation forms and read other “bizarre” comments about looks, hair and attire, too.

“Almost every semester, there’s a sexual comment,” added Harrison, who has garnered her own chili pepper and a 3.9 quality rating on Rate My Professors. Harrison frequently provides commentary and columns to New Jersey media and is president of the New Jersey Political Science Association.

Harrison is not entirely sure what the web site's rankings say about Guadagno as a candidate or potential governor.

"Evaluations are very small pieces in a very large puzzle," said Harrison. "What the evaluations say overall is she did what she said she was going to do. They don't show any red flags. I don't know that you can extrapolate much else." 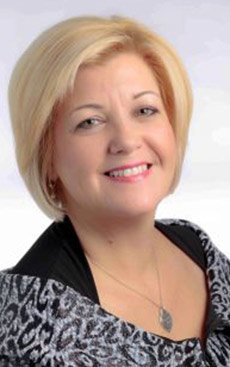 But the unending recurrence of sexist commentary led a Rutgers Law-Camden administrator to send an email two years ago to students advising them to omit observations on clothing styles when writing evaluations.

“Women are frequently targets of evaluative commentary that, in addition to being wildly inappropriate and adolescent, is almost never directed at men,” wrote Adam F. Scales, then a vice dean.

Scales did not respond to a request for comment, but Rutgers spokesman Mike Sepanic did: "The email sought to provide a 'teachable moment' for our students.  It responded to some comments that had appeared in a handful of previous student evaluations and it sought to remind students to narrow the focus of their evaluations based on the teaching criteria. The specific instance in question has not arisen since."

Harrison admits to reading Rate My Professors when considering hiring of new faculty, but adds it isn’t always clear how those ratings and comments transfer to real life because the ratings are not scientific or verified.

While acknowledging issues, a formal review conducted a decade ago of the results for Rate My Professors and internal student evaluations of teaching shows a correlation on the overall quality scores. But the study found no significant quality correlations between earning a chili pepper and scoring well on traditional evaluations.

As a member of Montclair's hiring committee, Harrison routinely sees internal professor evaluations and says she recalls only one that commented on the looks of a young male prof, who was deemed “dreamy.”

But comments on female college faculty can be “borderline harassment,” said Harrison. “The ‘Mad Men’ days are not over.”

No word on what Gaudagno thinks of her results on Rate My Professors: The campaign did not respond to a request for comment.