A Q&A with SNL’s Aidy Bryant

'People say stuff all the time, but I don’t give a damn' 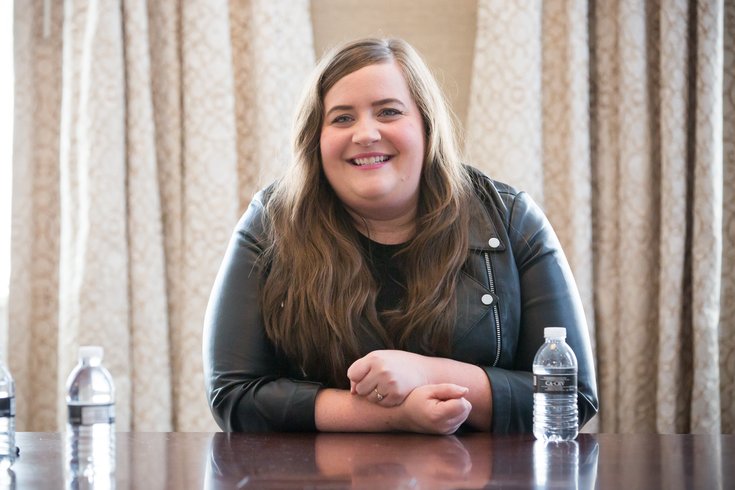 Comedian and actor Aidy Bryant of SNL is also starring in the upcoming film 'The Big Sick.'

Aidy Bryant, known for her appearances in Horace and Pete, Girls, and most recently and notably as a cast member of "Saturday Night Live" recently sat down with PhillyVoice to answer some very pressing questions. We got answers.

Q. Since joining the cast in 2012, SNL has been huge for your career. Who has been your favorite celebrity impression to do on the show?

A: I did really enjoy doing Sarah Huckabee Sanders. That was pretty fun. I wore brown contacts for that. It felt like [I underwent] a very full transformation and I got to be up there with Melissa [McCarthy] doing [Sean] Spicer and it felt like a treat.

Q. That leads me right into my next question. How have you responded to criticism regarding your impression of Huckabee Sanders?

A. I was pretty surprised. I didn’t take it very seriously.

Q. Did you hear from Mike Huckabee himself?

A. Yes! He said that he didn’t like it, basically, but she’s clearly a woman who is in a powerful place, and I think she can handle it. I don’t think we did anything that was mean-spirited in any way. I would never do that, and I don’t do comedy to make people feel bad, so, I don’t feel any certain way about it. People say stuff all the time, but I don’t give a damn.

Q. Do you see yourself stepping into a bigger role next season with the departures of Vanessa Bayer and Sasheer Zamata?

A. I very much hope that now I’ll have a much bigger role [laughs]. I hope that they’ll hire some new people too. I loved working with both of them so much and I’m really going to miss them, especially Vanessa. I worked with her in Chicago and for years before we were ever at SNL – at my day-to-day work life – it was a total loss for me.

Q. Do you have a special SNL moment that stands out in your mind to date?

A. The very first time I got to say, “Live, from New York!” was very special to me. It was in my first season and I couldn’t believe that I got to say it right into the camera, and it just so happened that Tom Hanks was there in that cold open, and when I ran off stage, he and Bill Hader took me through the halls and everyone was clapping for me and it was just a special moment. They gave me the cue card from it and my parents keep it in their house.