St. Joe's students speak out about being target of racial slur left on dorm room door 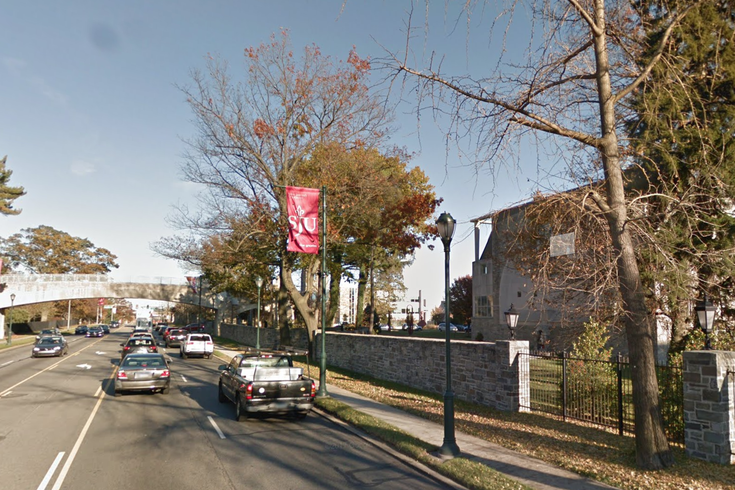 A view of the St. Joe's campus from City Avenue.

Two African-American students at St. Joseph’s University spoke out this week, after another student re-arranged letters on a message board to read “coons” on their dorm room door back in September.

The two students who live in the dorm room remained anonymous in a report this week from the St. Joe’s student newspaper, The Hawk. They are both women, and they are the only two black students on the floor of their dorm room, according to The Hawk.

The term "coon" dates back to the early 19th century, when it was used to denigrate black people.

When the issue was brought to the attention of St. Joe’s Office of Public Safety, the students received an email from the director of Community Standards at St. Joe’s on Oct. 3, and a meeting was eventually set for Oct. 9.

The student who arranged the letters on the message board apologized for his actions in the meeting, though only one of the two women were able to attend the meeting.

The women said the student who arranged the letters claimed he was making a reference to the old Nickelodeon show "iCarly", which once made a joke about a combination beaver-raccoon, dubbed "beavcoon".

Both of the women told The Hawk this week they were disappointed discipline for the student who arranged the letters had been limited to an apology.

“We didn’t want him to be expelled, but we wanted something to be done about the situation,” one student said. “I definitely feel like the university tried to sweep it under the rug.”

Mary-Elaine Perry, the Title IX coordinator at St. Joe’s, said the school determined the incident was “a bias incident” and not a hate crime, according to The Hawk.

The St. Joe’s student handbook defines incidents of bias as “conduct, speech, images, or expression that demonstrate conscious or implicit bias which targets individuals or groups based on, but not limited to, the protected statuses named in the SJU Non-Discrimination Statement, as well as other social identities and life experiences.”

One of the students’ mothers said she felt the apology was not enough.

“I wanted further action,” she told The Hawk. “I was not satisfied with an ‘I’m sorry.’ ‘I’m sorry’ is not good enough.”