He is under fire because of comments about Palestine and Israel during a speech at the U.N. 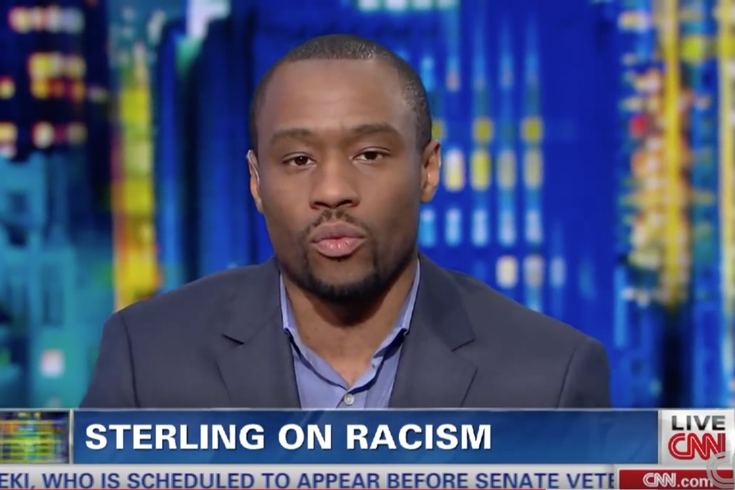 CNN has reportedly cut ties with Temple professor Marc Lamont Hill, who sometimes served as a political commentator on CNN shows, because of comments he made during a speech at the U.N.

A spokesperson for the channel told Mediaite that Hill is no longer under contract with CNN.

Hill has been actively defending himself on Twitter in the last 24 hours after he came under fire for Wednesday's comments, which have been interpreted as anti-Semitic.

The National Council of Young Israel took to social media to call out Hill for his comments, and called for him to be fired:

A Temple spokesperson provided this statement to PhillyVoice:

“Marc Lamont Hill has been quoted extensively over the last 24 hours. Marc Lamont Hill does not represent Temple University and his views are his own. However, we acknowledge that he has a constitutionally protected right to express his opinion as a private citizen.”

Hill has since taken to Twitter to condemn anti-Semitism and argue that his comments have been misinterpreted:

I do not support anti-Semitism, killing Jewish people, or any of the other things attributed to my speech. I have spent my life fighting these things.

My reference to “river to the sea” was not a call to destroy anything or anyone. It was a call for justice, both in Israel and in the West Bank/Gaza. The speech very clearly and specifically said those things. No amount of debate will change what I actually said or what I meant.

Hill was previously a columnist and editor-at-large with the Philadelphia Daily News. Last year, Hill opened Uncle Bobbie’s, a coffee shop and community space, in Germantown.