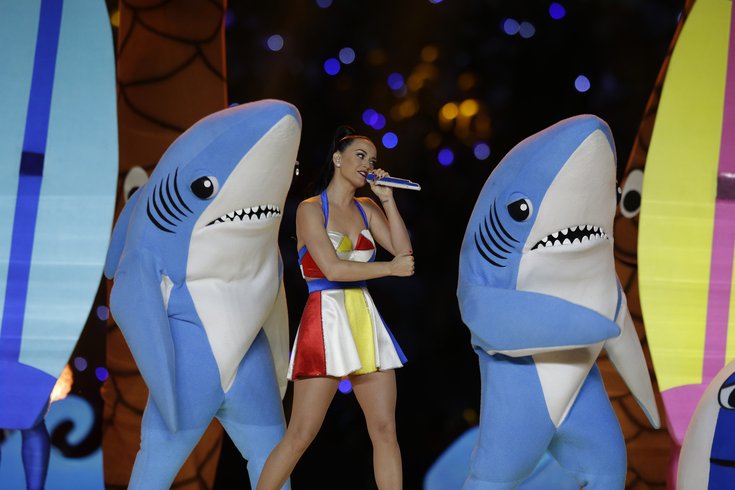 The search is on for the human inside“Left Shark,” Katy Perry’s sensational backup dancer whose killer (read: terrible) moves proved that losing is winning during Sunday's Super Bowl halftime performance.

Left Shark may not have been the best dancer, but his sorry-not-sorry approach more than made up for it. Plus, he got to dance on the world’s biggest stage beside Katy Perry. #Winning.

Within minutes of Left Shark's offbeat dance routine he was trending on social media and had his own Twitter account.

There was a lot of speculation about his lack of coordination, from intoxication to possibly having fallen asleep during the meeting where the moves were planned out, but nobody noticed since sharks sleep with their eyes open and remain mobile while asleep - that educated guess was made by Rodger Sherman of SB Nation.

I don't always boogie... But when I do... I boogie with the best @katyperry

If you were wondering that was me in tha Shark costume !!

Left shark. The new phrase for someone who's completely stopped paying attention or missing the point. Stay in school, don't be a #leftshark

So hung over, can't even swim straight. What happened last night? #Swerve