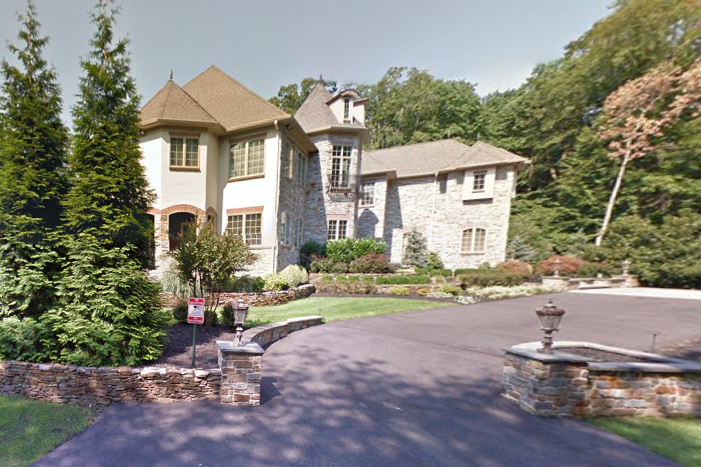 This property at 46 Manning Lane in Cherry Hill sold for $2.9 million in 2008. It went up for sale in 2011, then sat on the market, unsold, for five years. Last week it finally was purchased – but for just $1.2 million. The Camden metro real estate market lags the country in recovery from the Great Recession and is in the bottom 10 real estate markets nationally.

The metro real estate market centered around Camden County lags the nation in terms of recovery from its peak value before the housing bubble began to burst a decade ago.

In fact, the Camden metro statistical area division, which includes Camden, Burlington and Gloucester counties, is one of the bottom 10 locations in the country and the least recovered location in the Mid-Atlantic.

It holds down the spot eighth from the bottom and is still 26.7 percent below values at the height of the peak, according to a study by Keith Gumbinger, a vice president at hsh.com, a company specializing in mortgage research.

A home in an exclusive Cherry Hill neighborhood vividly illustrates how the Camden metro area has still not bounced back.

The property at 47 Manning Lane sold for $2.9 million in 2008, just before the Wall Street financial crisis triggered the Great Recession. It went up for sale in 2011 and languished on and off the market for five years. When a sale finally closed last month, it fetched just $1.2 million.

While the upper-end home – more than half an acre, 6,600 square feet, five bedrooms, six full baths and two half baths – may not be the typical home in the county, its depressed value speaks volumes, according to Anne E. Koons, a Realtor in Cherry Hill.

Some cities are lagging Camden, including the greater Las Vegas area, which remains 44 percent below its peak values, the worst recovery in the country.

Others, including Denver, Austin, Dallas, Pittsburgh and Nashville, have not only recovered what value they lost, but have added value ranging from 23 percent to more than 50 percent.

The largest price drop was in 2008, setting off an avalanche of foreclosures and curtailing credit. The real estate bust set off what is known as the Great Recession. Recovery has been uneven, with the metro Philadelphia real estate market and the northern suburbs of Philadelphia nearly fully recovered.

Gumbinger explained the differences on both sides of the river.

'IT WILL PROBABLY BE YEARS YET'

“The story for home price recovery in either area is a familiar one: Areas that didn't 'bust' the most have had greater levels of improvement," he said. “The Camden area's decline from its peak was 26.08 percent, while the Philly market was just about half as much at 13.63 percent. This speaks to the maintenance of the employment base during the downturn and more.

“Philly's recovery also started sooner," he noted. "The market hit price bottom in 2011 Q4 while Camden didn't finish falling until three quarters later [2012 Q3] – so Philly had a little more of a head start on recovery.”

Gumbinger said the slow and cumbersome foreclosure process in New Jersey and an over-reliance on sub-prime loans during the boom years may “be depressing price recovery to a greater degree in one state versus the other.” 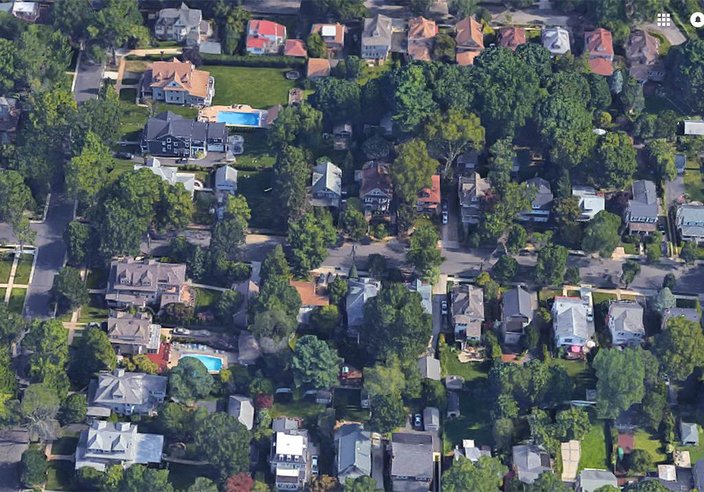 Home prices in Haddonfield held up better during the recession and recovered faster. The average listing price in Haddonfield is $607, 008, while the average sale price is $488,750, the highest in Camden County, according to Trulia.

"How far off is full recovery? For markets trying to climb out of the deepest holes, it will be more of a grind than not. It will probably be years yet as gains will probably be incremental at best,” said Gumbinger.

“I don’t know if that boom market will ever come back," Koons said. "There are no new businesses adding jobs and real estate taxes are so high.”

Both women, each with 31 years in real estate, see bright spots in the greater Camden market, however.

For Mulvenna, it’s Haddonfield, where prices held up better and recovered faster. The average listing price in Haddonfield is $607, 008, while the average sale price is $488,750, the highest in Camden County, according to Trulia.

For Koons, its Voorhees, though she added that demand for the costliest homes isn’t there in that market. The average asking price in Voorhees is $331,172, while the sale price averages $285,000.

Koons said there is almost no demand for property – commercial or residential – in the city of Camden. Asking prices average just over $44,000 in the city, but the average sale price is just $27,000, the bottom of the Camden metro real estate market, according to Trulia.

The Burlington Camden County Association of Realtors also pointed to Haddonfield and Voorhees as bright spots, as well as Collingswood and Cherry Hill, though Koons thinks the Cherry Hill market is still way off.

The association said sales prices in Camden city are a particular problem holding down the overall metro market.

“In addition to low property values, the schools don't have a good reputation, there are not a lot of businesses in the city, and there's high crime,” the association’s spokeswoman said.

Both Realtors pointed to Philadelphia and particularly Center City as the major competitor for homebuyers who might otherwise want to buy in the Camden metro market.

“Center City is what makes it hot,” said Mulvenna.

And while Koons agrees, she said tax abatements that incentivized a building boom in the Philadelphia’s core are ending soon.

She predicted that could mean many living in those dwellings could move out as the cost of living in Center City takes a big leap upwards. She thinks that could lead to an inventory glut in Center City and nearby areas such as Fishtown and Northern Liberties.

The Realtors Association said comparing Camden metro to Philadelphia metro is not fair because of their size disparity.

“Philadelphia's real estate market is booming due to a lot of construction, a rise in job growth and desirability of living downtown. With Camden's current atmosphere, it's not the case there,” said the Realtor Association’s spokeswoman.

She also said Camden’s failure to attract a promised grocery store to the city has further crimped housing demand.

Another recent trend in terms of competition for Camden metro housing dollars are states such as Delaware and South Carolina, where taxes are very low, said Koons.

Adults between the ages of 40 and 60 who can work from home or retire early are tending to move to those states while they are still younger, rather than waiting until after traditional retirement age, as they had once done, said Koons.