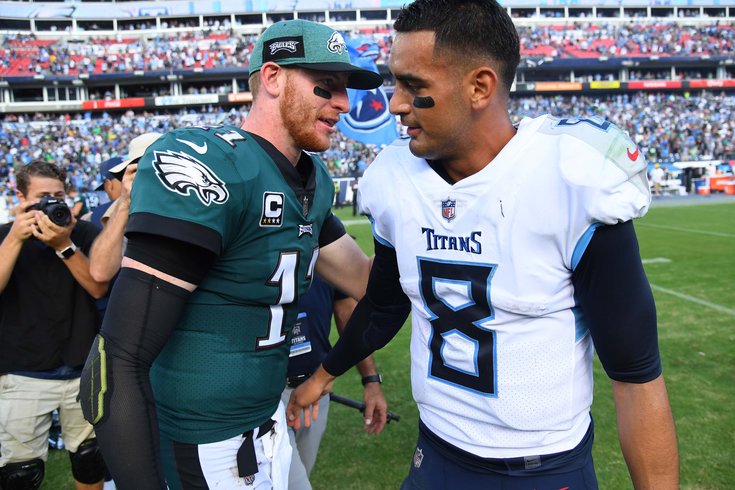 The Eagles' QB won't play against the Eagles' almost (not really) QB.

It appears Philadelphia Eagles quarterback Carson Wentz will not play in the team’s first preseason game Thursday night against the Tennessee Titans, as the Birds' three backups -- Nate Sudfeld, Clayton Thorson, and Cody Kessler -- are all warming up, and Wentz is not. Add in that Wentz is on the field in street clothes just before kickoff, and I'll deduce that he is indeed not playing.

On the one hand, season ticket holders who are forced to purchase tickets to these meaningless games would probably rather see Wentz play a series or two. On the other hand, with the Eagles’ success hinging on Wentz’s ability to stay healthy, it doesn’t make a lot of sense to put him in additional harm’s way in the first preseason game.

In fact, in his rookie season in 2016, Wentz suffered cracked ribs in a preseason game against the Buccaneers on a hit from a guy who never made a 53-man roster.

In 2017, he played in each of the first three preseason games, and had the following stats:

Wentz will likely take the field in the Eagles’ second preseason game on the road next Thursday against Nick Foles and the Jacksonville Jaguars.