Report: Eagles to part ways with a pair of offensive assistants 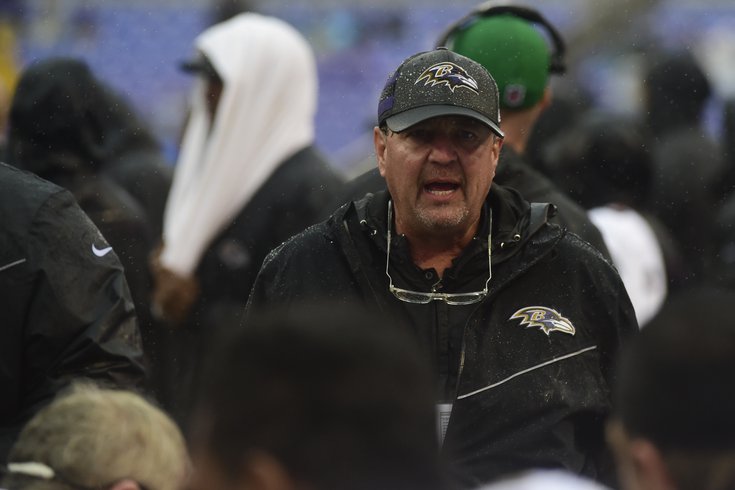 We don't have any pictures of Marty Mornhinweg or Rich Scangarello with the Eagles. ¯\_(ツ)_/¯

After the Philadelphia Eagles' 2019 season, Doug Pederson stated that offensive coordinator Mike Groh and wide receivers coach Carson Walch would remain on his coaching staff. A day later, they were both fired.

After a 2020 season in which the Eagles' offense stunk out loud, the Birds are back to the drawing board, as Scangarello and Mornhinweg are both out, according to Chris Mortensen of ESPN (Geoff Mosher was first on the Scangarello news).

More changes on the Eagles’ coaching staff: Senior offensive assistant Rich Scangarello and senior offensive consultant Marty Mornhinweg are on expiring contracts and will not return to Philadelphia, per sources.

According to Jeff McLane of the Inquirer, Taylor's return isn't certain, and the Eagles plan on going the tried and true route of adding an actual offensive coordinator.

Also, the #Eagles are expected to hire a formal offensive coordinator after a year without one. QBs coach Press Taylor had pass game coordinator added to his role last year and took on many of the OC responsibilities. His future with the team remains uncertain. https://t.co/cADxySlelt

Prior to the Eagles' Week 17 game against the Washington Football Team, it was reported that Jim Schwartz won't be with the Eagles in 2021. They will seemingly have two coordinator positions to fill this offseason.