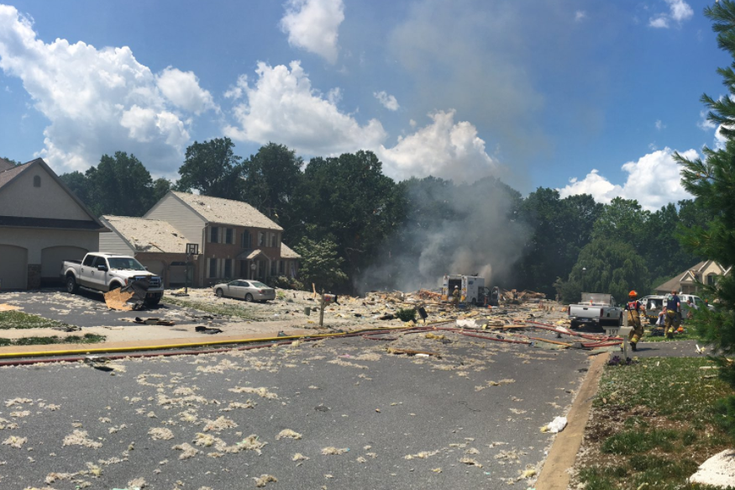 An apparent gas explosion destroyed a Lancaster County home on Sunday, killing one worker and injuring others.

An apparent gas explosion that leveled a home in Lancaster County killed one worker and injured others on Sunday, according to multiple reports.

LancasterOnline.com reports that three UGI Utilities workers and one Lancaster Area Sewer Authority employee were investigating a reported gas leak and were working outside the Manor Township home, near Millersville, when it exploded.

One of the UGI workers died, and the three other employees were taken to Lancaster General Hospital with injuries, according to the report.

One UGI employee was listed in serious condition while the other two workers were stable, Blue Rock Fire Rescue Commissioner Duane Hagelgans told the site.

A utility crew had responded to the area after a passerby smelled gas, according to the report. Fire crews were reportedly called to standby at 12:23 p.m., less than 10 minutes before the explosion.

A resident was evacuated from the home before the explosion, according to the report.

Four surrounding homes were also damaged in the blast.